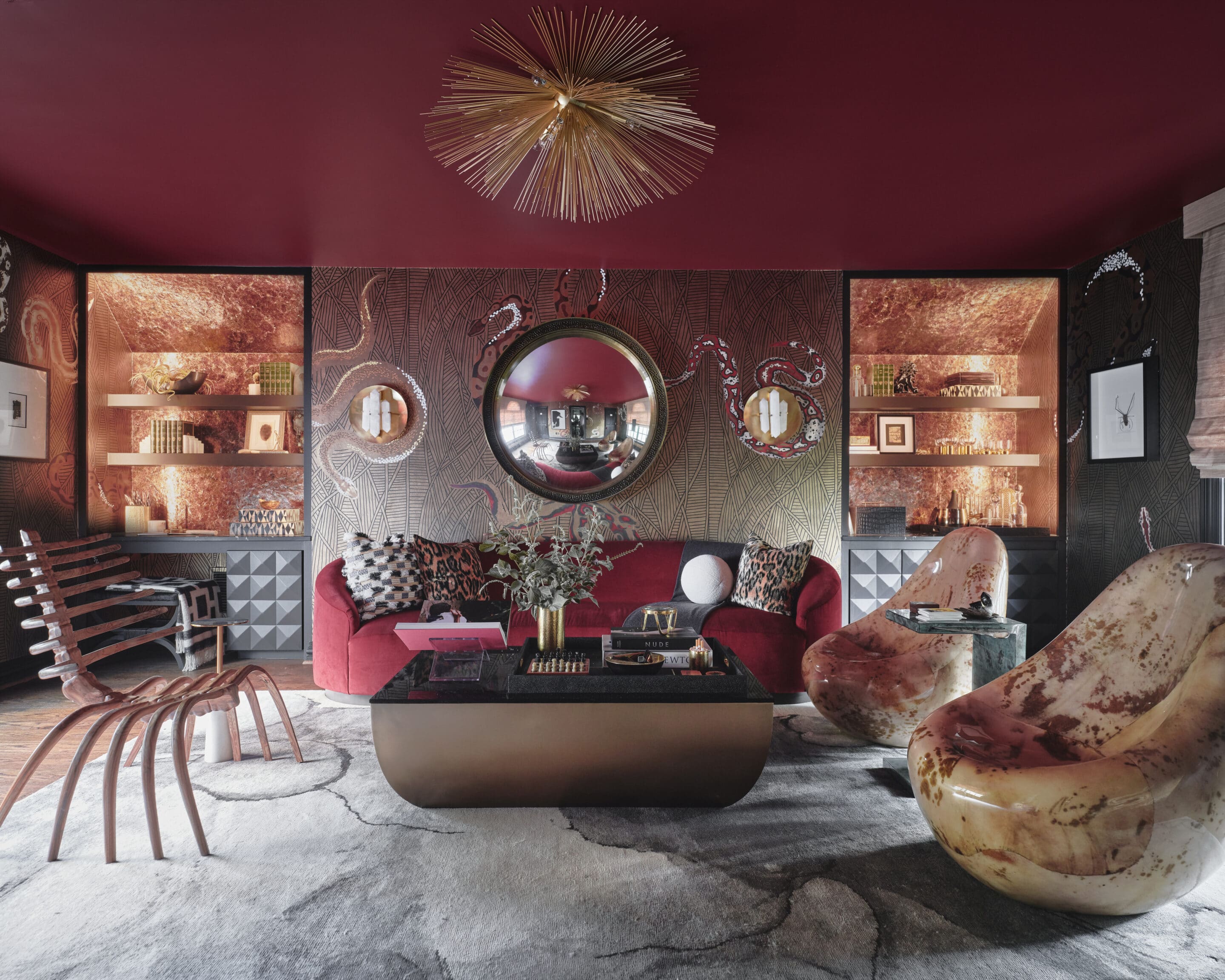 The Kips Bay Decorator Show House concept began back in New York in 1973. Since then some of the biggest names in interior design have helped to raise money for the Kips Bay Boys & Girls Club, helping disadvantaged children living in the Bronx, NY.

Despite 2020 events being affected by Covid-19, Kips Bay held its first Dallas iteration of the show with limited in-person and virtual tour options. For 2021 the 2nd Annual Kips Bay Decorator Show House Dallas (24 September-24 October) saw 26 top designers reimagine the rooms of a six-bedroom Georgian home in Old Preston Hollow, which allowed in both a live and virtual audience.

At a time when interest in home decor has reached new heights, Kips Bay Dallas offered some uplifting glamour. From Ken Fulk’s decadent study space to Creative Tonic’s no holds barred media lounge, it was clear minimalism was taking a leopard print back seat. Pattern on pattern combinations with splashes of bright colour and statement wallpapers set the scene for comfortable living. Among this, rugs had their role to play, whether to enhance the room scheme or make their own mark.

In his Study in Optimism scheme, Ken Fulk went for celestial glamour with Art Deco influence aided by custom de Gournay wallpaper and a round stellar design rug by The Rug Company. Beth Dotolo and Carolina Gentry’s wicked Back Snake Lounge for Pulp Design Studios combined Les Boas snake design wallpaper by Fromental with a red ceiling and sofa, a Mesa Steel rug by The Rug Company and two Parchment Egg Chair by Sylvan S.F. to create a sophisticated relaxation den with a feminine yet wild side. Another Rug Company rug framed the floor space in Martyn Lawrence Bullard’s exotic travel-inspired bedroom entitled The Jaipur Room, where soft pink and grey dominated.

Rugs by Delaware brand New Moon featured in A Breathe of Fresh Air by Kathleen Walsh Interiors and the more ostentatious Moulin Rouge Media Lounge by Courtnay Tartt Elias of Creative Tonic Design, where New Moon’s leopard rug provided one of the many prints vying for attention. Animal prints made it big in 2021, with leopard print also appearing in a rug by Elson & Company in the bedroom by Meredith Ellis Design. Endless interior wizardry to keep us buoyant.