The Dovecote Studios in Edinburgh is set to host the first major retrospective of Archie Brennan's (1931-2019) artwork, brings together more than 80 of his tapestries and works—some of which have never been on public display—plus related archive material 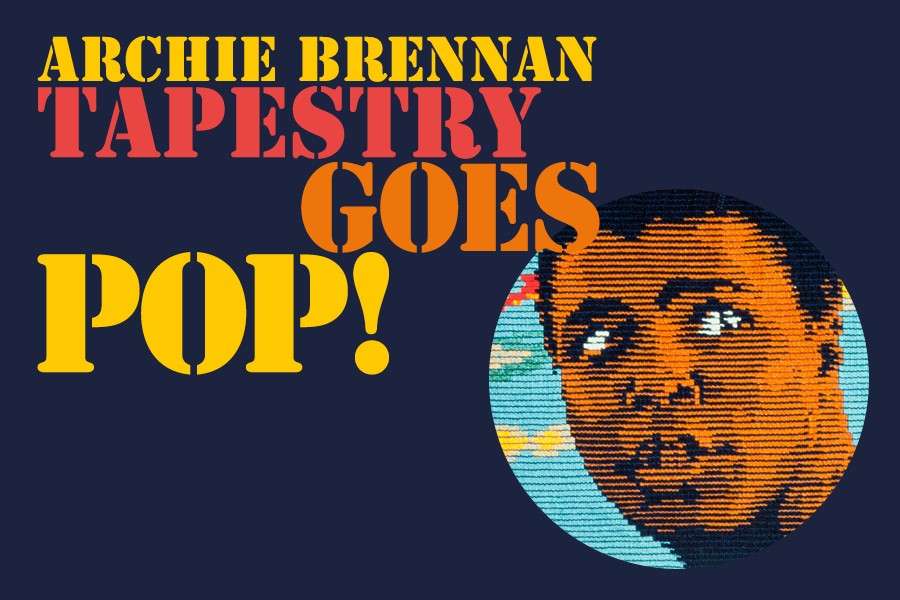 Archie Brennan began his 60-year weaving career as an apprentice at Dovecot Studios and became its Artistic Director in 1963. An innovative weaver, Brennan’s major artistic achievement was as an iconoclast unafraid of challenging the conventions of visual narrative.

Brennan realised the warp and weft of weaving simulates the pixel grid that creates images on television screens as well as the grid of ‘Ben-Day’ dots—the newspaper printing technique for visuals like comic strips—adopted by American pop artist Roy Lichtenstein for many of his famous paintings like Whaam! (1963). Brennan was inspired by popular culture and its modes of presentation (as were Andy Warhol, Lichtenstein and others), and had a particular fascination with celebrity culture.

One of the standout works in the Dovecot Studio retrospective is Brennan’s dazzling tapestry portrait of the ‘greatest of all time’ boxer Muhammad Ali. Rather than represent Ali in a static conventional ‘head shot’ portrait style, Brennan’s tapestry captures Ali as a vibrant pixelated and animated ‘talking head’ caught mid-conversation on a television screen.

Unlike his contemporaries in the Pop Art world, Archie Brennan’s chosen medium of tapestry was not considered a ‘fine art’ but, at the time of its creation, was instead classified as a ‘decorative art’ or ‘lesser art’. This artificial but established hierarchy prevented Brennan from achieving the recognition enjoyed by his British Pop Art colleagues who worked with more conventional mediums. The 21st century has finally seen the widespread enfranchisement of ‘craft’ artists like Brennan as ‘artists’, and the Dovecot Studios retrospective will doubtless create re-examination of Brennan’s place in the history of art. Celia Joicey, Director at Dovecot Studios says, ‘Brennan’s legacy to contemporary tapestry is unparalleled’. It’s fair to say his legacy to Pop Art is also unparalleled.