cc-tapis invited five designers to interpret the concept of gesture as hand-knotted rugs for the Gesture Project. Denna Jones investigates 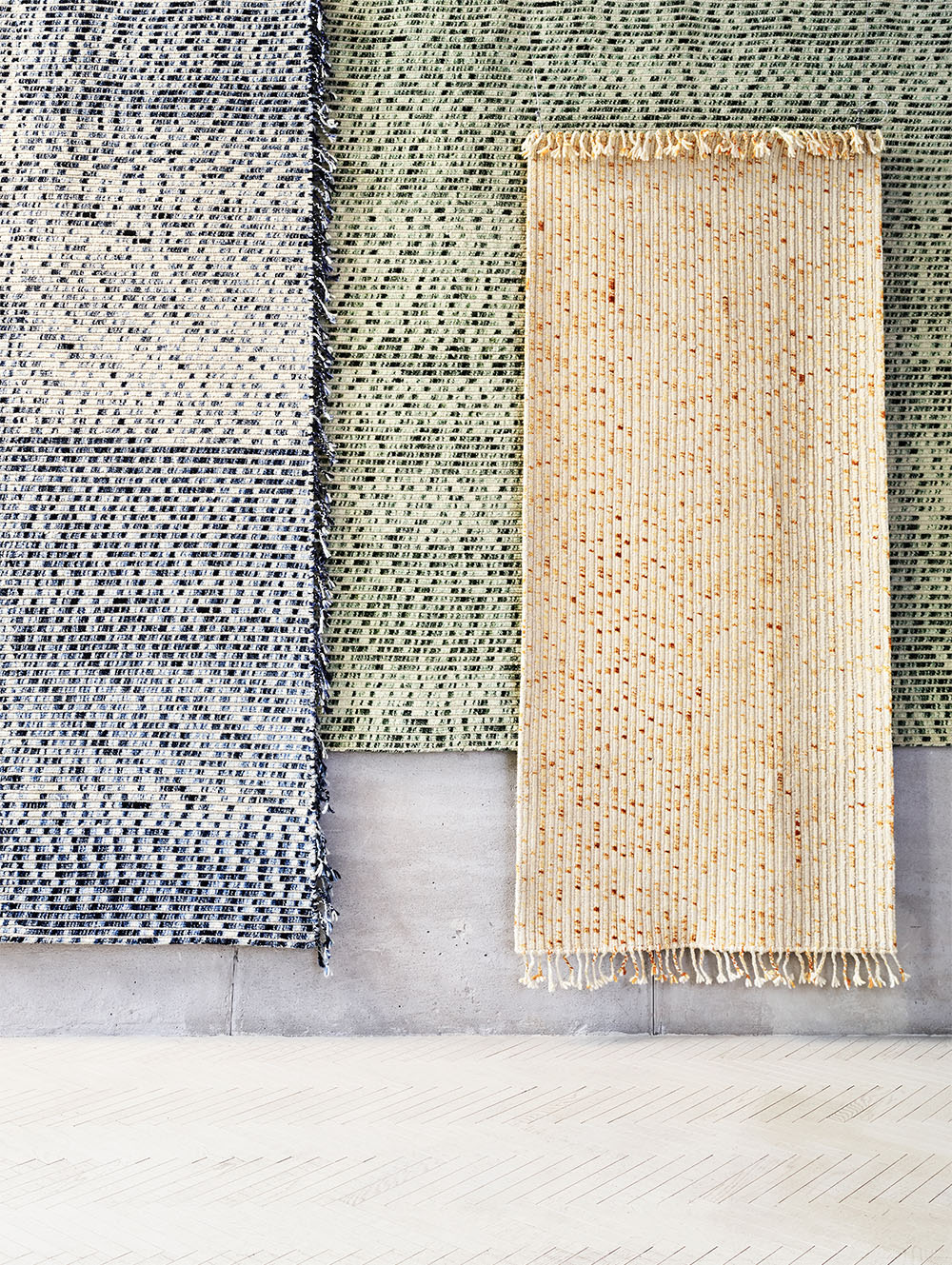 The Gesture Project of handmade rugs produced by cc-tapis investigates gesture as the root of artistic expression. An initiative of cc-tapis artistic director Daniele Lora, the project brings together five designers—Patricia Urquiola, Sabine Marcelis, Philippe Malouin, Mae Engelgeer and Yuri Himuro—who meditate on the meaning of ‘simple‘ hand and tool movements and what Lora describes as the ’single sign’ of gesture. The designs led cc-tapis to develop new techniques and to introduce previously unexplored weaving techniques and novel materials.

The background to the project is the ‘gesturalism’ of the mid-20th century art movement known as abstract expressionism. The movement’s action painters are notably represented by Jackson Pollock who stepped on floor-based canvases to sweep the surfaces with gesture from a paint-loaded brush or crouched over the surface to control long paint drips. The art movement is cited as the influence for the cc-tapis Gesture Project. It’s worth considering however whether the unique way each designer interprets gesture has more in common with theatrical gesture. Gesture by an actor is a tool they use to paraphrase their performance. It isn’t a translation of words, it isn’t gestural art, it’s a new language. The five designers of the Gesture Project have each created a new language of theatrical gesture enhanced by materials and techniques.

Patcha by Patricia Urquiola adopts the visuals of spontaneous mixed-media collage to create plank-like forms woven with upcycled and left-over materials from textile and rug production. The plank-like forms and ‘found’ colour of Urquiola’s rugs resonate with the forms and colours of St Ives Modernist Margaret Mellis’s driftwood sculptures.

Stroke by Sabine Marcelis employs a domestic theme that references home as a canvas where daily activities include cleaning a smooth surface with soap in sweeping, arms-length linear strokes.

Lines by Philippe Malouin represents the irregular marks left by a soft crayon as it trails across a paper surface. Malouin and Lora collaborated on how dye, material and production would accentuate the design. Each weaver who works on a Lines rug uses a different ball of yarn to introduce a stylistic ‘glitch’ that echoes the concept and allows each rug to be entirely unique.

Cultivate by Yuri Himuro invites the rug owner to add their own gestures to the rug once it’s off the loom and in their home. Based on Himuro’s project ‘Snip Snap’ the jacquard pattern’s double structure is revealed when woven threads are snipped free with shears.

The Mindscape collection by Mae Engelgeer investigates digital gesture to ’take the viewer on a journey to another space.’ Her wool, silk and linen rugs rely on texture to mirror the design. The outcome is an interdependence of material and concept that becomes a digital dualism that echoes the concept of the ‘ghost in the machine’.