These COVER featured projects, presented in the context of contemporary design fairs, playfully investigate the way that ancient means of delineating sections within the home can be adopted, updated and made relevant today. 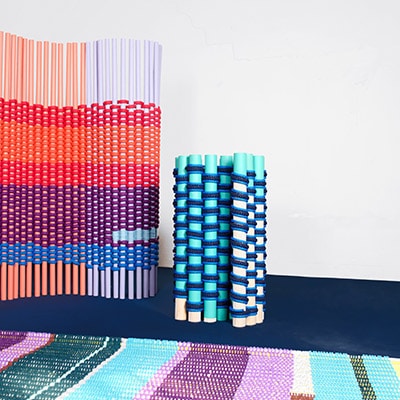 Fabrics and textiles are an excellent way to divide space in a suggestive manner without the need for rigid barriers or permanent walls. Screens, curtains and cushioned platforms are some of the oldest types of domestic furnishing or space dividers to exist. These COVER featured projects, presented in the context of contemporary design fairs, playfully investigate the way that ancient means of delineating sections within the home can be adopted, updated and made relevant today. 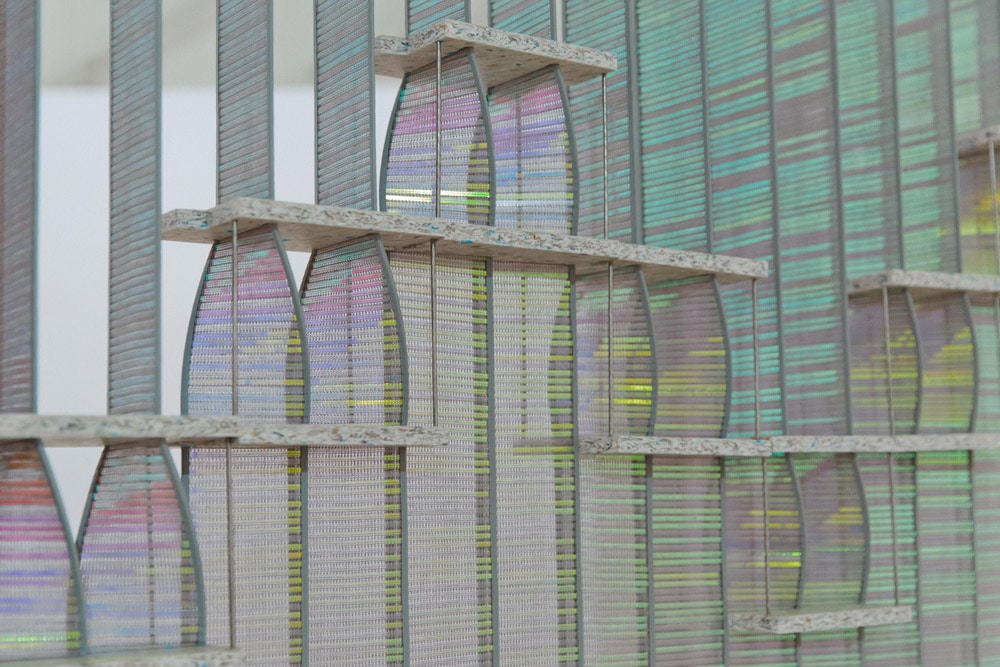 At Collect: The International Art Fair for Contemporary Objects 2017, a massive twisted textile chameleon invited visitors to play a game of colour and pattern, the result of the combined skill sets of Kia Utzon-Frank and Fay McCaul. Utzon-Frank is responsible for the patented Louver Twisting Comb, a cordless shutter system that allows the user to create patterns of light and shadow by opening and closing slats. The iridescent glow of the work comes courtesy of McCaul, whose niche is hand-knitted textiles. Working with light-generating or responsive materials, she produces fabrics that change their appearance depending on the viewpoint and movements in the knit. 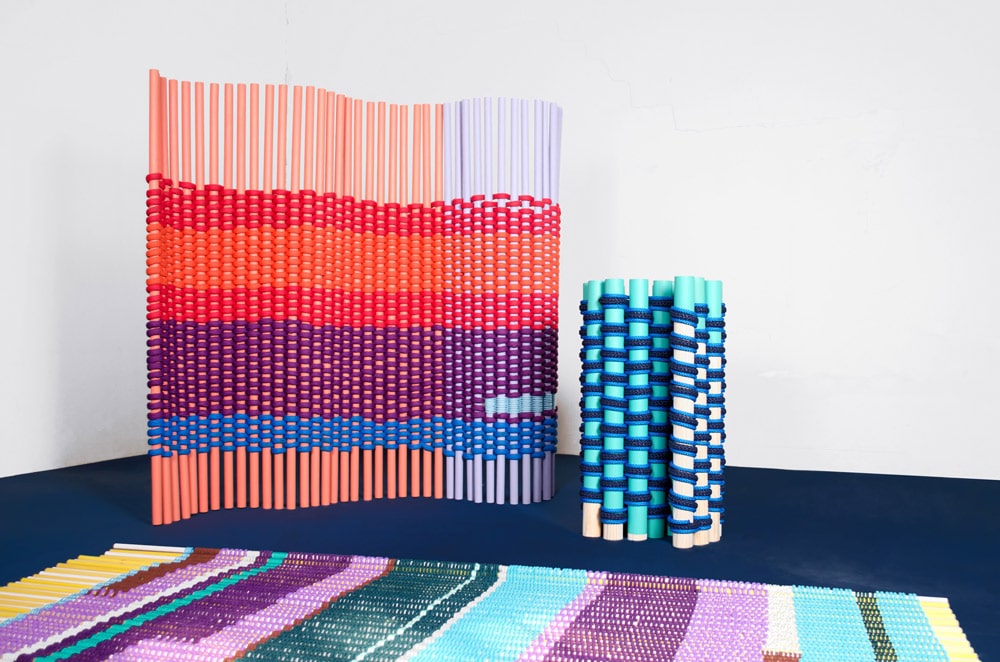 Designed in response to space restriction and the need for versatile interior solutions and presented at the Popcore exhibition during Dutch Design Week 2016, these latticed, lightweight, moveable timber structures by Emma Wessel are used for moving and storage in major cities. Upright they become a colourful design statement and sound-buffering space divider. Flat, a carpet with properties not dissimilar to a wooden acupressure mat, and while curved upright in serpentine fashion, Palette becomes an informal chair. Their urban ubiquity underscores Wessel’s point that sufficient interior space has become something too few of us can afford. 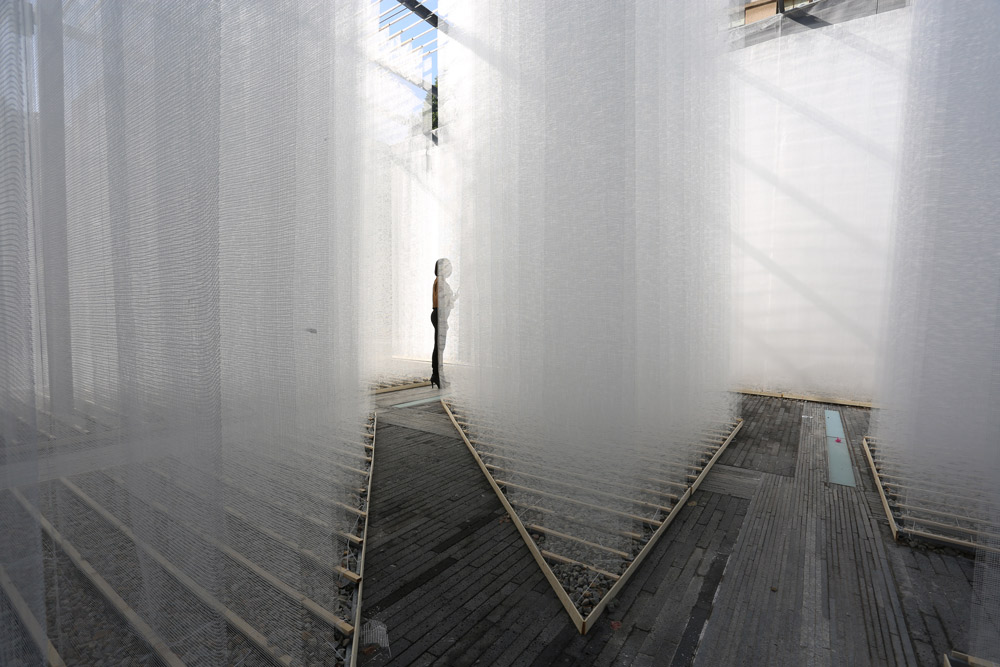 The Fading Past, Shenzhen

A series of translucent sheets, interspersed with suspended woven baskets and pathways, invited passersby to become immersed in a foggy haze of fibreglass in an exterior courtyard of a residential neighbourhood in a modern Chinese metropolis near Hong Kong. The 2016 installation was devised by local architecture firm Deve Build as a comment on fading memories and traditions. 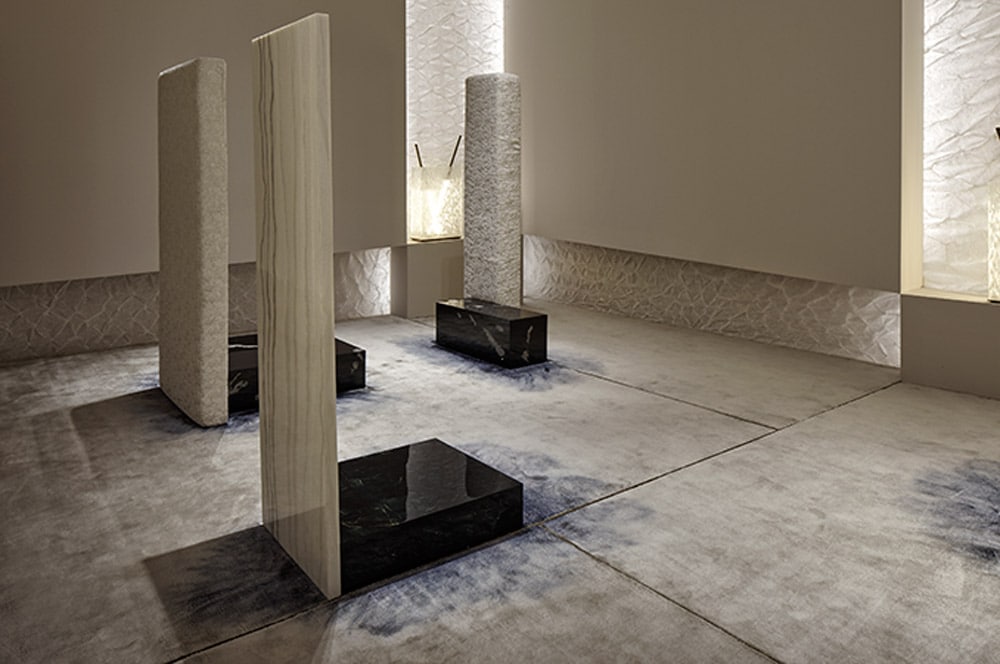 When we spoke with German brand Kymo at imm Cologne in January 2017, they were still building upon the potential of a new tufting technique that was first developed for designer Gwenael Nicolas for his AD Interieurs 2015 installation in Paris. The French founder of Japan-based multidisciplinary design studio Curiosity Inc envisaged ink splats upon the carpet that were integral to the rug itself. These dark patches apparently enlarge the items of furniture placed within, grounding the objects and making them an elemental component of the space.

END_OF_DOCUMENT_TOKEN_TO_BE_REPLACED 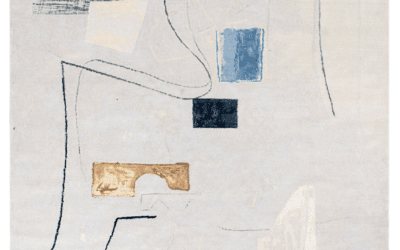