Lucy Upward takes a look at Pantone’s colour of the year for 2023, Viva Magenta. 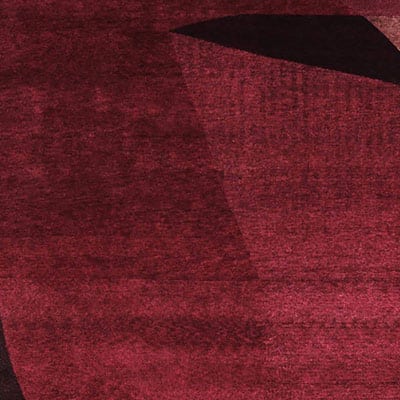 On 1 December Pantone announced its colour of the year for 2023 as Viva Magenta 18-1750, an intense red tone with a substantial purple kick. Pantone refers to it as ‘an unconventional shade for an unconventional time’ and says it ‘vibrates with vim and vigour’ and ‘welcomes anyone and everyone with the same verve for life and rebellious spirit.’ It’s certainly a blast of colour for 2023, a year we all want to throw ourselves into normal living again.

Reading online reports from numerous design journals, opinions are clearly divided with many people stating, it is not a colour they want to live with. Not welcoming for all then. Perhaps it is a little bit heavy on the vigour, but what confuses me is that the colour I see on my screen on the Pantone website, doesn’t look like magenta to me, it looks like red. It raises the question, could we all be reading the same thing in different ways? Everyone’s’ idea of what magenta is seems to be slightly different. Perhaps it is a perfect summation of our current way of life.

If you look up magenta you can see it described as ‘pinkish-purplish-red, reddish-purplish-pink or mauvish-crimson’. It’s an ‘ish’ colour. It is between shades. And according to science, it is the colour that does not exist—it has no wavelength. So truly an unconventional shade to represent our year ahead. Seen from a political viewpoint, magenta is where red and blue meet so perhaps it represents the political party that we need—that doesn’t yet or may never exist.

Pushing aside the question of the relevance of having a colour of the year, it is definitely a hue to motivate our spirits and one to remind us of the history of rug making. Cochineal—a dye made from mixing the carminic acid from insects found in South America with aluminium or calcium salts—was discovered by Spanish conquistadors in 1519. In Europe it was considered to be the perfect red dye because it is stable, easily absorbed by fabrics, and resistant to fading. The dye creates a range of reds but in terms of rugs and textiles from across the globe, it is mainly seen as the bluish burgundy colour in Spanish and Turkmen rugs and Anatolian weavings from the 19th century.

Today you are more likely to see cochineal colouring your cosmetics, food or drink such as Campari and Starbucks Frappuccinos. It is not a colour seen so often in contemporary rug design, but could that be about to change? Last year Pantone chose Veri Peri to represent 2022, a colour which also had many sceptics (see my article Going for gold on the COVER website) yet the last twelve months has delivered countless rugs featuring soft shades of lilac and room settings with a purple edge. For 2023 be prepared for robust reds to take centre stage in one way or another.