‘Using rare Suri alpaca fibre and craftsmanship that has been handed down for generations by the best artisans, we can ensure that you receive the finest one-of-a-kind rug possible.’

Though the Incas created beautiful weavings out of Suri alpaca fibre, today, five centuries later, we are only beginning to recognise the possibilities of this material. One family-run carpet-weaving company in India experimented with alpaca fibre and discovered that not all is created equal. Unlike the more common Huacaya alpaca, which produces a soft, curly white wool and makes up over 90 per cent of the world-wide species, Suri alpacas have long, lustrous locks that are perfect for weaving if one can handle the challenges of working with this, in rug terms, relatively new material.

After some trial and error, it was back in 2015 that the Indian workshop—which has been creating rugs for over eighty years for four generations—succeeded in producing Suri alpaca hand-knotted rugs. These soon came to the attention of Deb Christner, who has been raising Suri alpacas at the Akuna Matada Ranch in western Colorado since 2005 and is a big advocate for the fibre. Having fallen in love with the rugs, Christner is now the sole North American distributor of hand-knotted rugs in Suri alpaca fibre—the only traditional rugs in the world made from the fibre.

‘The alpaca industry in the US is only 25 years old. Understanding the fibre is quite a recent development.’

Christner’s association with the Indian company has matured into a fruitful partnership, in which she works with the Indian weavers on elements such as design and dimensions. Initially the weaving company provided most of the designs, but now Christner is working with her daughter, who is an interior designer, to come up with more looks. Interior designers, who are the biggest clients for the rugs so far, are requesting animal print patterns at the moment, as well as placing custom orders.

The fibre that is used for the rugs comes from the animals’ legs and belly, or alpacas with naturally coarser fibre. This has the lustre and straight silky locks required. It is not quite as fine as the fibre used for clothing, and therefore has the advantage of being more durable. To a certain extent, the fibre used for the rugs is material that would otherwise have been wasted.

Alpacas are shorn once a year, and it is a safe and cruelty-free event. A benefit of working with this fibre is the range of natural colours—22 in total, from white to black and everything in-between to different shades of brown. There is thus no need for chemical dyes. The fibre for the rugs is supplied by Liz Vahlkamp of the North American Suri Company. After arriving in Bhadohi, it is sorted and washed before being collected by women from neighbouring villages for hand-spinning. The slickness of the fibre meant that there was a learning curve in this area. The spinners who have mastered working with Suri fibre get paid a premium.

‘Five years ago, the fibre I am using would probably have been thrown away for being too rough for a sweater.’

For those looking for a rug that can offer something a little different, these Suri Alpaca rugs are all about outstanding textures and handle, sustainable credentials and one-of-a-kind designs. A new set of contemporary designs are in development to add to the more traditional patterns currently on offer.

Want to be part of COVER Curates?

COVER Curates will focus on two major launch opportunities in January and September, plus a number of further promotions to run alongside important design events such as High Point Market. Companies are welcome to be part of as many of these time-specific marketing pushes as needed throughout the year or can select personalised timings for exclusive company launches. To be part of COVER Curates please contact David Young – david.young@hali.com. 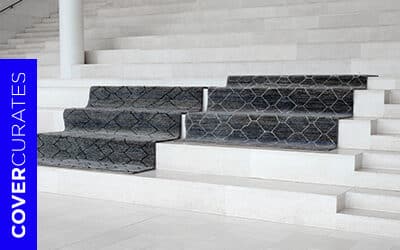 END_OF_DOCUMENT_TOKEN_TO_BE_REPLACED

There are multiple reasons to be drawn to the beautiful rugs of brand Creative Matters Inc. Established in 1988, the Toronto-based firm designs…

END_OF_DOCUMENT_TOKEN_TO_BE_REPLACED 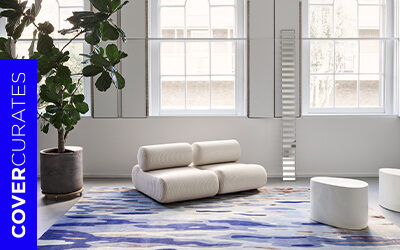 Featuring calm, balanced compositions executed with the creative eye of an artist, the rugs of this well-respected London-based brand are driven by Deirdre Dyson’s artistic instinct and aesthetic. Combining stunning contemporary design with traditional techniques…