A major exhibition of work by one of the world’s foremost textile artists Sheila Hicks is now on at the Hepworth Wakefield in West Yorkshire. 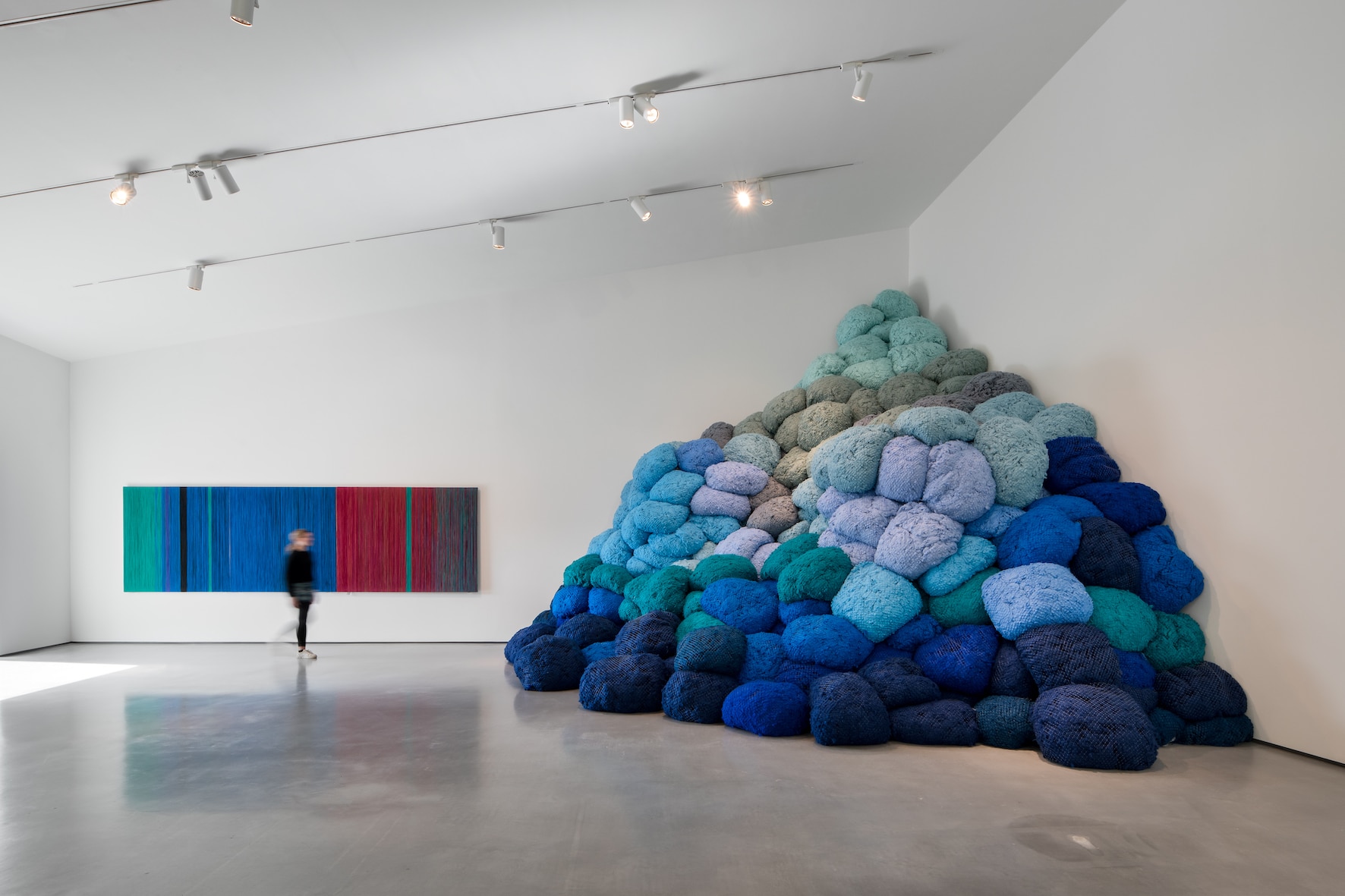 Drawing together over 70 works from international public and private collections, the exhibition focuses on the three elements so important to Hicks’ work: colour, form and texture. The pieces on display span Hicks’ career from her earliest works made in the 1950s to new site-specific commissions, from her small weavings she refers to as minimes—which she has been continually making since 1956— to large-scale installations.

Hicks’ large bundles of fibre sit like a giant blue mountain against one wall while other pieces cascade from the ceiling. Hicks’s materials are used in just about every possible way: they hang, wrap, bind, intertwine, weave, bulge, bundle together and flutter in the breeze. Amongst the textiles there is an early painting by Hicks—an abstract landscape depicted in bright colours—from when she studied at Yale under colour theorist Josef Albers. It was his wife Anni Albers who encouraged her textile experimentation.

While it is predominantly a textile show, the display has a greater story to tell, also featuring Hicks’ little-known photographic works which depict her travels across the globe. She has worked in places such as South America, India, Morocco, and France, exploring dyeing and textile traditions and these images not only illustrate her travel tales but also connect the textiles pieces with their visual inspiration.

The final exhibition space indoors is dedicated to works made over the past decade, including major new site-specific installations that respond to David Chipperfield’s Hepworth architecture, which Hicks is greatly enamoured by. In a recent interview, she discusses the exhibition space and comments ‘I think it’s one of the most beautiful buildings I’ve ever shown in.’

In the Hepworth Wakefield Garden, stands Gabriel Reaching for Heaven (2022), a five-metre column of cascading ribbons that responds to its surroundings that were recently redesign by Tom Stuart-Smith. Another outdoor installation by Hicks described as ‘a gently moving garden in the sky’ is planned for London’s Coal Drops Yard, to be opened to the public from 26 May.