The International Quilt Museum in Lincoln, Nebraska is about to celebrate the collecting prowess of Ardis and Robert James in a series of three connected exhibitions, which begin on 4 March. Thomas Connors tells us more about the impressive quilt collection that will be on show throughout the year 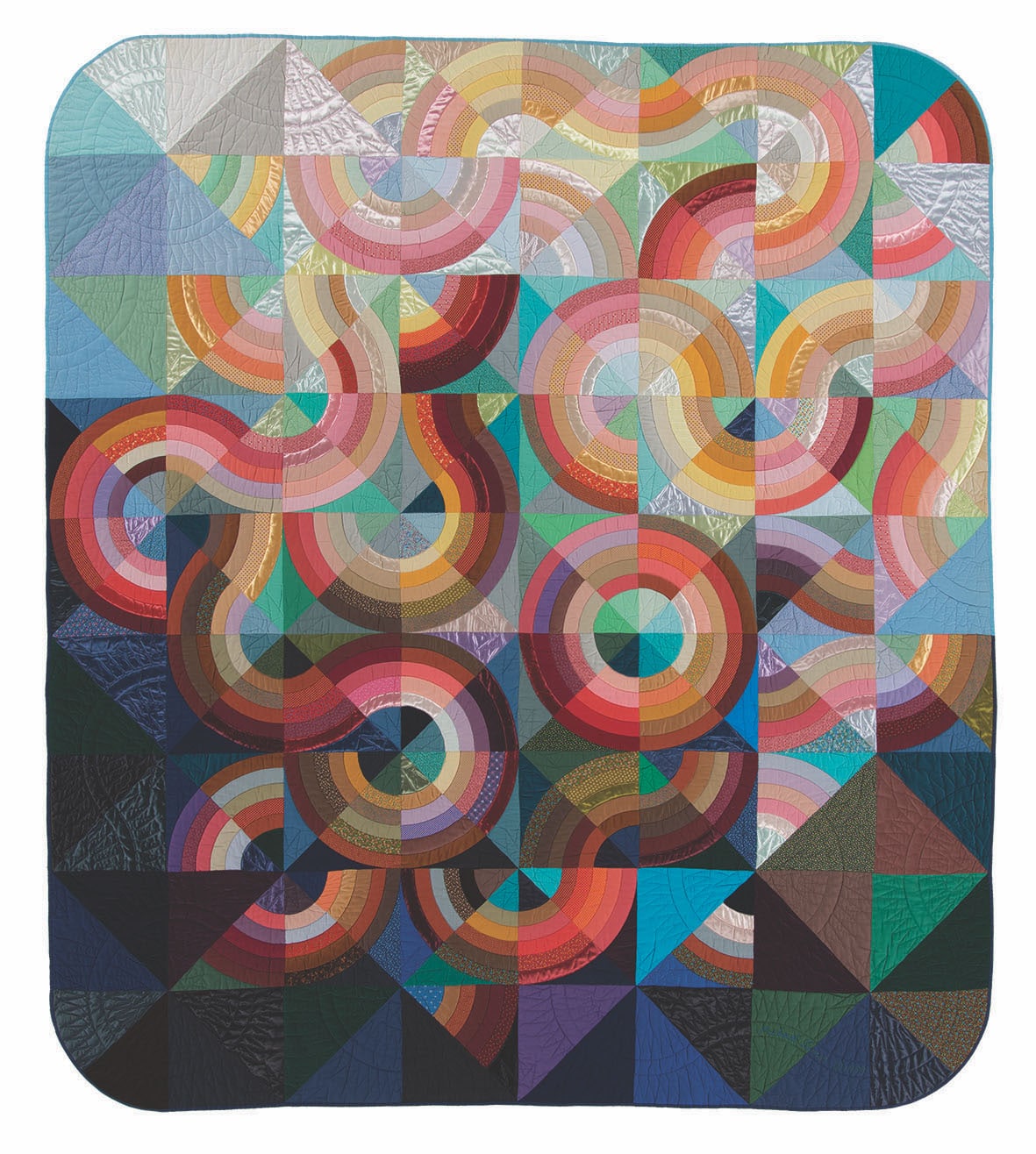 All it takes is one and before you know it, you’re a collector. In 1979, Ardis James bought a less than perfect quilt (a Mariner’s Compass with a big hole in it) at a local antiques sale. In 1997, she and her husband, Robert, donated nearly 1000 quilts to the University of Nebraska-Lincoln, along with $1 million for the creation of a scholarly quilt study centre. Now known as the International Quilt Museum (IQM), the institution marks its 25th anniversary with An Evolving Vision: The James Collection, a trio of exhibitions celebrating the vision of its benefactors.

Born in Nebraska but long resident on the East Coast, the couple took delight in charting, for example, the material and stylistic differences between pieces created in the 1890s and those of the 1930s, or learning the variation between an Amish quilt from Iowa and one sewn in Pennsylvania. They also took a museological approach to their collection even before gifting it to the university, keeping thorough records on each piece, maintaining a database, and engaging a curator. Initially focused on American material—including contemporary pieces—they cast a wide net over time as they determined to assemble a truly international collection. Between their own donation and subsequent acquisitions, the IQM has grown to become world’s largest publicly held quilt collection, with 6,500 quilts from five centuries and over 60 countries.

In the early 1990s, with the collection growing too large to maintain and preserve themselves, the Jameses’ began to seek a suitable institutional home. After meeting the couple at a quilt conference, University of Nebraska-Lincoln textiles professor Dr. Patricia Crews and quilter and collector, Sara Dillow, worked to persuade the university to welcome the collection and devise a study program around it. In 2008, just over a decade since its founding, the IQM unveiled a new, 37,000-square-foot facility designed by noted architect Robert A.M. Stern (an addition of 13,000-square-feet opened in 2015).

An Evolving Vision: The James Collection will comprise three separate exhibitions opening this Spring and running concurrently into October. ‘Classics’ will feature antique American works, including The Reconciliation Quilt made by Lucinda Ward Honstain of Williamsburg, Brooklyn in 1867, a block pattern piece which combines domestic imagery with references to the Civil War. ‘From the Studio’ will showcase art quilts the couple purchased. Michael James, Pauline Burbidge, Terrie Mangat, Faith Ringgold, Therese May and Joan Lintault are all represented.

The ongoing impact of the Jameses’ passion and their commitment to the study and exhibition of quilts will be evidenced in ‘New Horizons’. As Carolyn Ducey, PhD. and Ardis B. James Curator of Collections notes, ‘This will include a smattering our international pieces, which technically don’t fall within the original James collection, yet reflect their dedication to expanding our knowledge to quilt-making around the world. This is one of the most exciting areas of the collection, as many of these quilted or patchwork traditions were relatively unknown outside their communities of origin. They include an Italian whole cloth quilt with a medallion featuring a mother bird feeding two chicks, a South Pacific applique rallis from India, and an extremely rare military uniform–an appliqued Sudanese Jibbah, or tunic, that was worn by officers of the Islamic Mahdist army during the 1881–98 struggle against the British presence in the Sudan region.’

Some collectors are driven by a true love of the material; others assemble their holdings in a more businesslike manner. Ardis and Robert James combined these approaches, trusting their eyes while collecting strategically. As Robert remarked, their goal was to build ‘the Metropolitan Museum of Art of quilts.’ And it seems they did. Thomas Connors