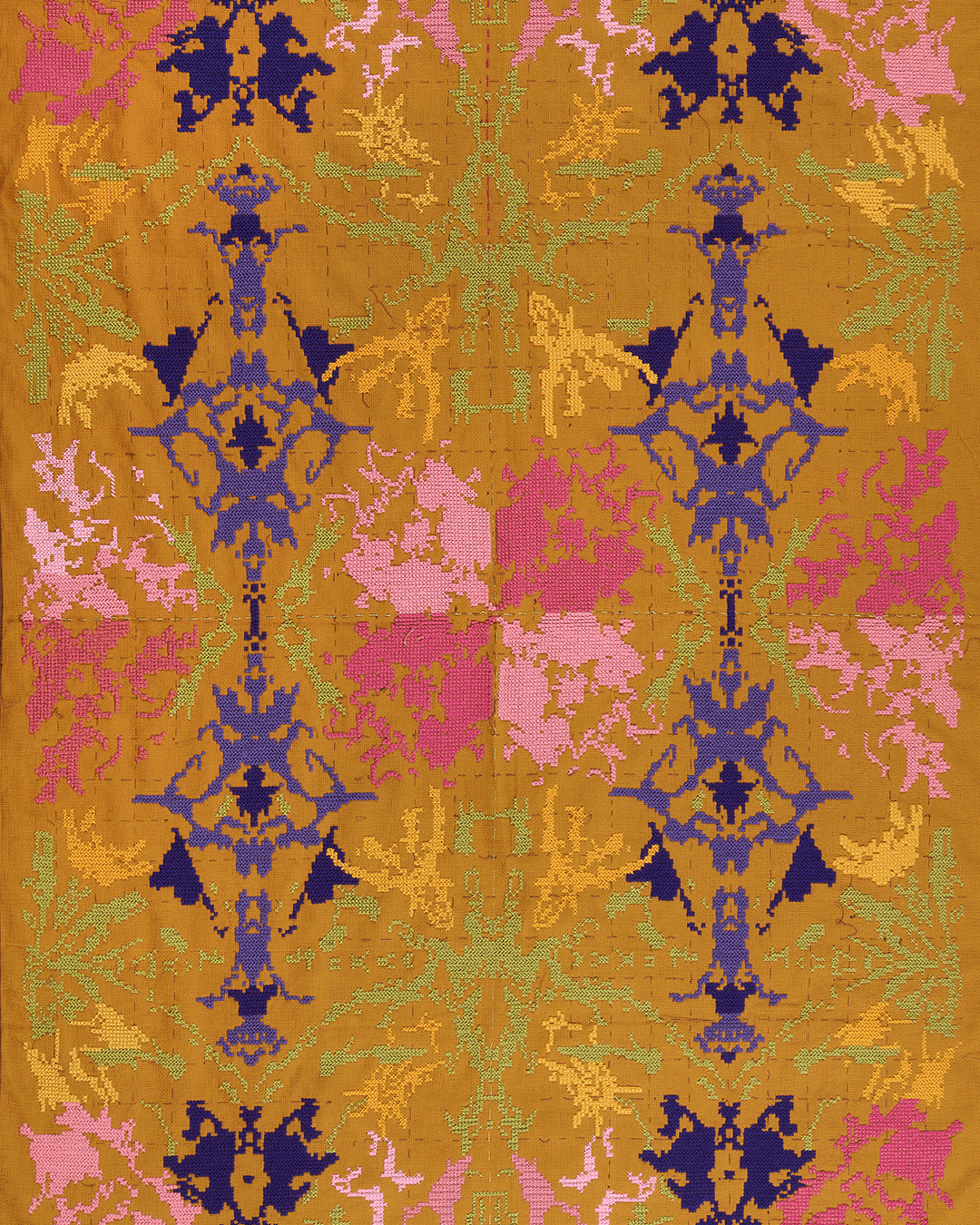 Unfairly forgotten or unsung beyond their lifetime, history is replete with women whose accomplishments have vanished or whose work is extant but still unrecognised. Gomiero Gallery in Milan is setting the record straight for one of these women. Their stand in the Established Masters section of miart fair (17-18 September 2021) in Milan, Italy’s preeminent international art fair, features more than a dozen tapestries by Herta Ottolenghi-Wedekind (1885-1953). Never before publicly displayed, a further selection of her tapestries will be on view at Galleria Gomiero.

Born in Germany, Ottolenghi-Wedekind spent most of her life in Italy. Like many artists of her generation, she was skilled in more than one medium, but focussed on textile-based decorative arts during the 1920s and 30s. Although her works are not technically tapestries, the Italian plural of arazzo—arazzi—meaning tapestry is applied to her body of work. Derived from the French city of Arras where historically significant tapestries were woven, ‘arras‘ was used generically in 17th-century England to refer to a wall hanging, and the term continued to broaden over time to include a range of techniques. Ottolenghi-Wedekind explored further than many of her male contemporaries, and her pioneering techniques and pattern making process allowed her to create a new type of tapestry.

Ottolenghi-Wedekind’s approach relied on experimentation and modification of traditional techniques including embroidery, tapestry weaving, crochet, and hand-knotting. Identified stitches in her work include cross, tent, herringbone, couching, blanket, darning, knit and petit point. Examples of her modifications include her cross stitches which do not conform to the traditional cellular weave boundaries of the base cloth, but cross over with stitches of varying lengths, regularity, orientation, and function. Her structural material choices also deviated from tradition. She used hemp or jute sackcloth backing instead of the traditional linen, a choice which allowed her shiny threads to contrast with the rustic surface of the cloth.

Similar to her unexpected stitch orientations, Ottolenghi-Wedekind’s designs express her interest in symmetry, which led her to patent her novel pattern process in 1922. Her patent is for her method of adapting her drawings based on the symmetrical duplication of abstract ink motifs. Design symmetry has a long history. Islamic artists were masters of the art. Architects and artists in the Italian Renaissance applied the principles of classical symmetry throughout their designs. Tessitura Luigi Bevilacqua in Venice has a trove of historic woven textiles that display design symmetry such as a 16th-century Ca’ d’Oro heddle velvet. In the late 19th and early 20th centuries interest in symmetry was reignited with the 1899 publication of Ernst Haeckel’s Art Forms of Nature. Illustrated throughout by the author, his images of symmetry in nature influenced a generation of Art Nouveau artists.

Beauty is historically bound to symmetry. The 19th century also saw the rise in interest in klecksography. Invented by Justinius Kerner (1786-1862) the term refers to random or accidental drops of ink and the patterns they reveal. Klecksography was famously adapted into Rorschach inkblot psychology ‘tests’. Ottolenghi-Wedekind’s designs display a distinct visual similarity to Rorschach blots. There are four categories of symmetry: bilateral or reflection, rotation, glide and translation. While the majority of Ottolenghi-Wedekind’s tapestries are bilaterally symmetrical, several are not. A striking pink, brown and ivory Arazzo is a glide rotation where the lower motif breaks away and displays an asymmetrical branching pattern, while a gold and green Arazzo is rotationally symmetrical with the pattern displayed at an angle.

Ottolenghi-Wedekind was a trailblazer. She was confident enough to sidestep the prevailing visual orthodoxy of a period emerging from the floriated designs of Art Nouveau and entering the stylised geometry of the nascent Art Deco to embrace her own form of ‘random’ shape making. Her ‘scientific’ sensibility allowed her to adapt the visual influence of the natural world in a deliberate process that presaged the automatic drawing and writing of the Surrealists. Her time has finally arrived and not a minute too soon.