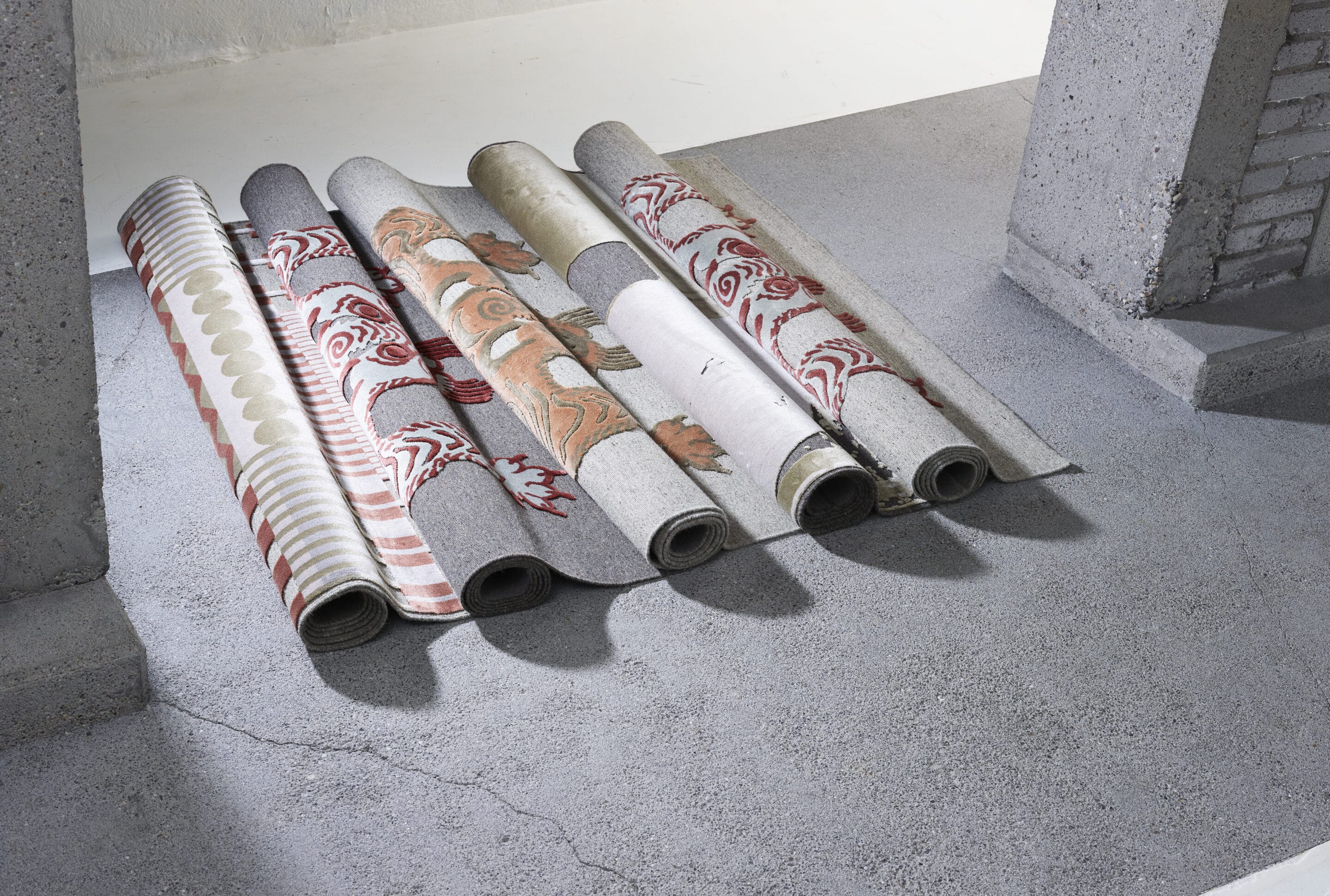 Founded in 2013 and inspired by their love of wool and the craft of weaving, ZigZagZurich’s new Artist Carpet Collection celebrates original artwork with the launch of three rugs: Field by Jo Hummel, Bengali by Sophie Probst and Michele Rondelli (ZigZagZurich’s Creative Director), and Gunta by Probst and Rondelli.

The company’s production technique combines unbleached, minimally washed ‘dark or light tone’ sheep wool for the large field zones and dyed bamboo silk for patterns. The combination is luxurious and hard-wearing while minimal pile height and palette create a contemporary look. Produced in small batches in Europe, the rugs are Oeko-Tex®—a sustainable certification increasingly viewed by consumers as a necessity rather than a luxury.

Available in three colourways, Bengali by Probst and Rondelli riffs on the famous ‘flayed pelt’ design of traditional Tibetan tiger rugs originally designed for meditation use by Buddhist monks. Intended as a ‘humorous homage’ to this treasured icon of the rug world, Rondellii and Probst pivot from traditional hand-knotted tiger rugs that feature level pile, to create a multi-dimensional rug where the uniform field is offset by the tiger’s pattern voids and varying pile heights that create ‘cut outs’. The style is similar to Hans Christian Andersen’s fanciful papercut designs, while the splayed tiger also seems to reference Josef Frank’s flayed pelt Monster rug for Svenskt Tenn, designed as a kind substitute for real animal skin rugs.

The geometric forms of Gunta are inspired by Bauhaus artist Gunta Stölzl and represent an evolution of ZigZagZurich’s Artist Blanket collection which includes designs by Probst and Rondelli to mark the 100th anniversary of the founding of influential Bauhaus design school. Similar to the combination of wool and bamboo silk in the rug collection, Probst and Rondellii’s blankets are woven with twisted yarn colours to create ‘melange’ colours. Blanket designs range from traditional Bauhaus to echoes of Bauhaus forms the duo describe as ‘Bauhaused’ woven in on-trend colour combinations like turmeric yellow, salt pink and dried clay. Their Bengali rug design is also available as a blanket.

London-based Jo Hummel’s Field rug is in wool and bamboo silk. The pattern suggests a meditation on human altered landscapes as though the divided central lozenge represents adjacent ploughed and unploughed fields. Hummel’s rug design is based on her ‘painting collages’ where the artist uses large sheets of painted paper that she cuts into shapes and arranges into pleasing visual shapes through an intensive and intuitive process.