The Birds and The Bees: House of Heras x Designer Rugs 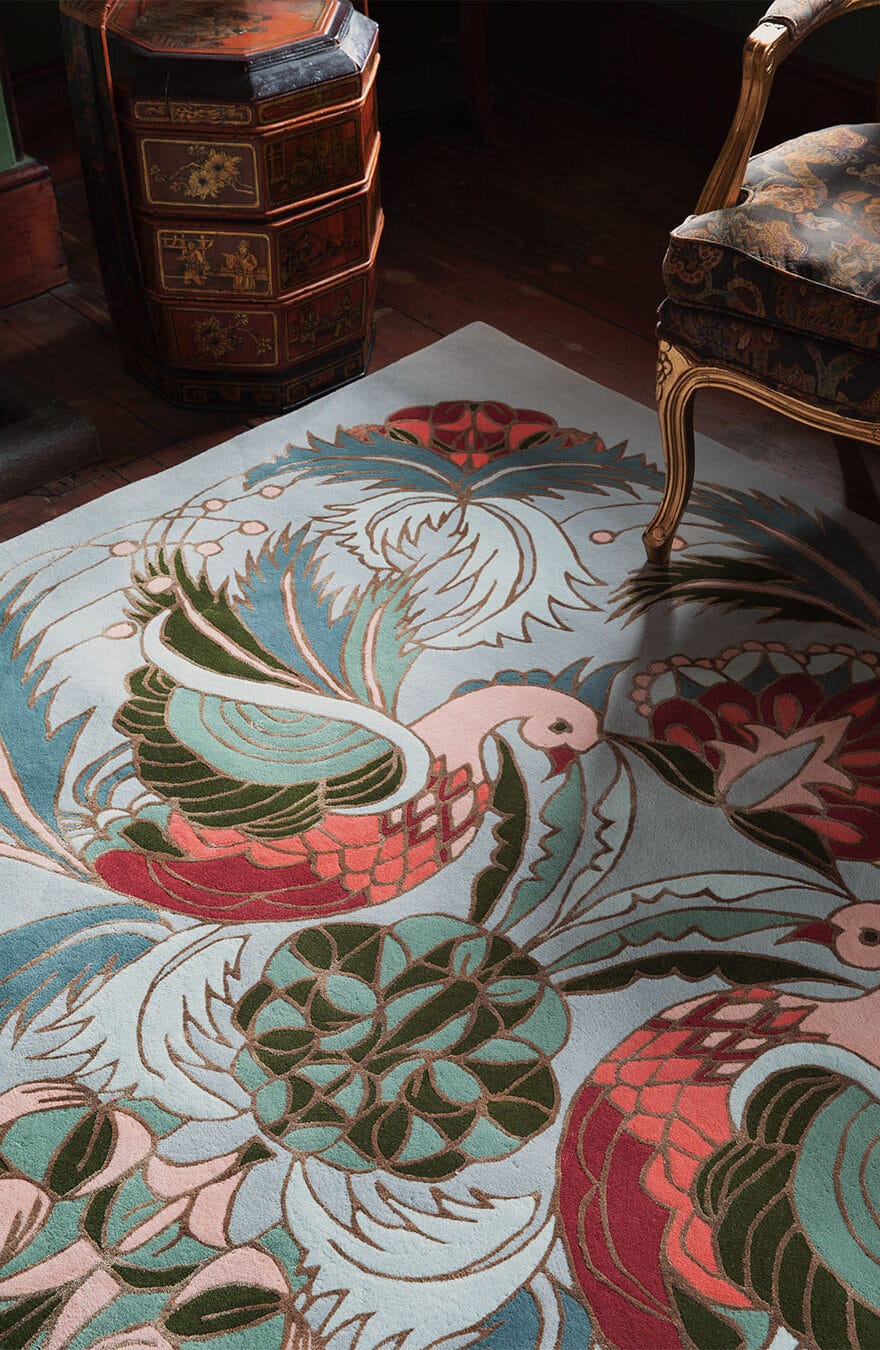 Silvana Azzi Heras’ catalogue of influences is broad. For more than 17 years she was a designer with Bazmark Inq, the design and film production company of Oscar winning filmmakers Baz Lurhmann and Catherine Martin. In parallel with her time at Bazmark, Heras was product designer for Martin’s CM Home company which provided her with initial training in rug design and production. Her current fixation with design of the 1970s is allied to her long standing love of the 19th century Arts and Crafts movement whose most well-known disciple was English artist and activist William Morris.

The most fitting comparison for House of Heras’ florabundant designs comes from an earlier Australian designer Heras cites as an inspiration. A near contemporary of William Morris, Lucien Henry is known as the ‘pioneer of an Australian school of decorative arts’. Where Morris looked to the denizens of English fields and hedgerows to provide inspiration for the patterns of his famed textiles, Henry’s stylised designs turned away from English and European motifs and instead looked to bold, large and lush native Australian flora. The headdress-like Waratah flower (related to the Protea flower) features in many of his designs including as the fanciful dome of a colonnaded public park fountain.

Heras, like Henry, celebrates the beauty of Australia through her rug designs. Her 2018 debut collection for Designer Rugs is hand tufted from wool and bamboo silk and features bold floral designs with evocative names: Wattle Delight, Gumnut Paradise, Bush Bouquet and Sugarbush. Unlike non-native ‘hothouse’ flowers that need to be pampered to exist, Heras’ choices celebrate Australia’s robust commonplace flora and fauna through which her rugs become 21st century visualisations of traditional ‘commonplace books’—scrapbook-like records of ‘everyday’ observations that celebrate and reveal the beauty of the so-called ‘ordinary’.

The Birds and The Bees collection continues Heras’ fascination with Australia’s native species, but with a specific focus on bees and the plants they pollinate. Her focus is part of a centuries-long human fascination with bees. A defining symbol used by French royalty and deftly exploited as an imperial Napoleonic symbol, William Shakespeare too was besotted with bees and described them as building ‘roofs of gold’. Heras describes how ‘we were looking at so many different types of bees and how intricate and beautiful each species was and in a moment of inspiration I knew these bees needed to be the focus of my next range [of rugs]’.

The new collection includes four rectangular and one round rug any of which can be customised by the client. The collection’s palette shifts from darker shades of teal green, burgundy and coral to lighter tones of the same colours: salt pink, terracotta, sunset, and pistachio milk green with mid-tone blues. (For those interested, only two of those colours—blue and green—are visible to bees). Designs feature overhead views of giant bees as well as Bushflowers, Lucien Henry’s beloved Waratah flower, Banksia flower, and the explosive beauty of the flowering gumnut of the Eucalyptus tree. Bird motifs include the Cassowary and the non-native Peahen.

An interesting note to close on revolves around Silvana’s serendipitous surname. Her love of Australia’s flora and fauna is an inherent celebration of life and reproduction. In Greek mythology Hera was the wife of Zeus and goddess of women, family, marriage, and childbirth. It seems fitting that the natural world designs that feature in ‘House of Heras’ rug collections seem to spring from that mythological link aided by the real world natural wonders of the flora and fauna of Australia.

London Craft Week 2022 includes a large number of textile related talks, demonstrations, tours and displays. Here is just some of the textile highlights.

END_OF_DOCUMENT_TOKEN_TO_BE_REPLACED 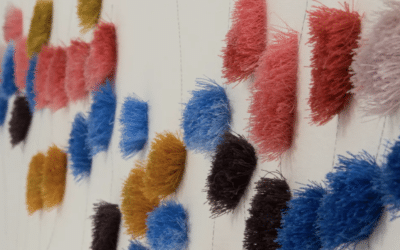 London Craft Week 2022 includes a large number of textile related talks, demonstrations, tours and displays. Here is just some of the textile highlights.