It was a desire to mix east and west in the designs for her own home that set Nathalie Farman-Farma on the path to founding Décors Barbares. In COVER 61, Hongmiao Shi welcomes a new book celebrating the studio and its creator 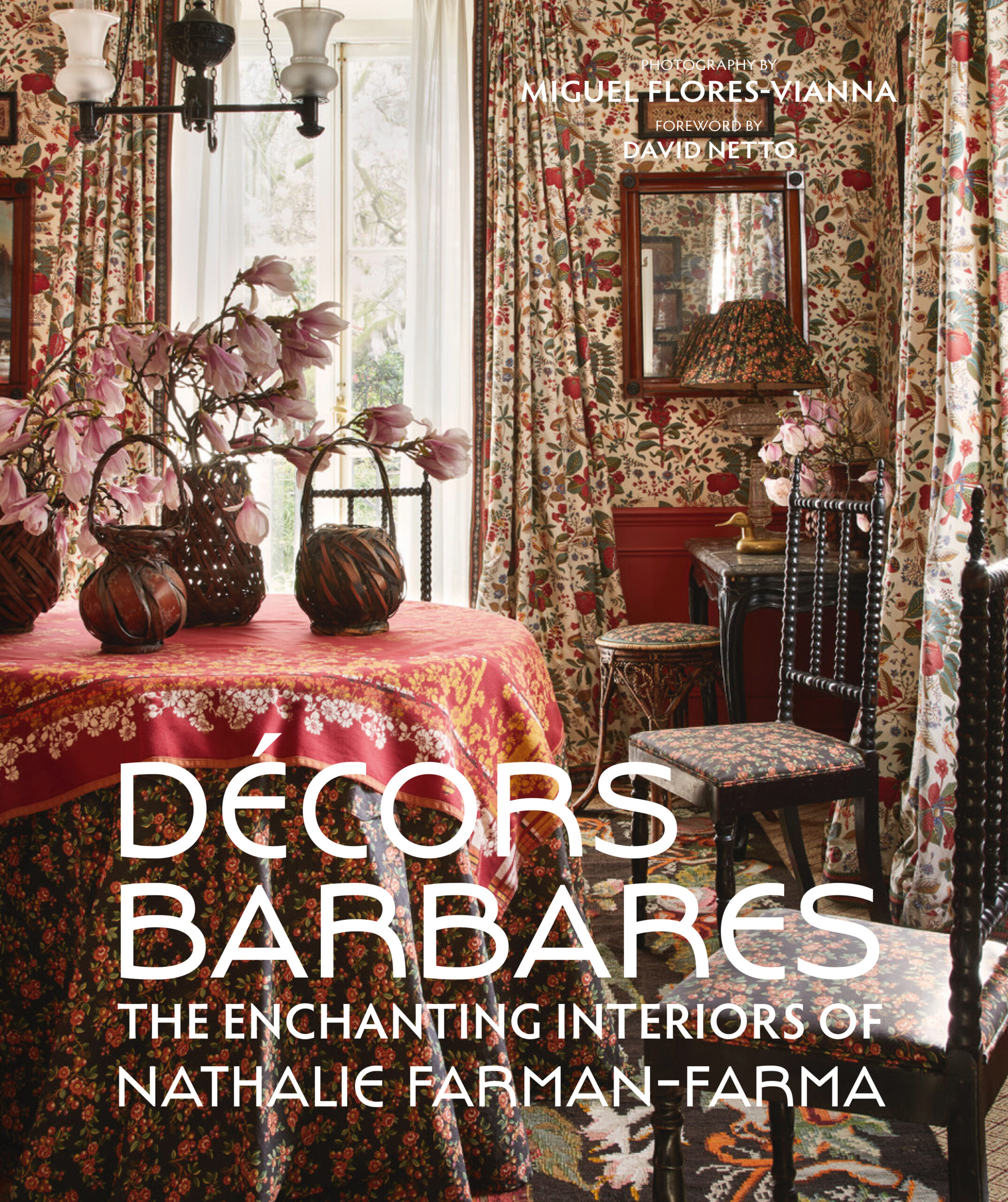 She was called an ‘alchemist of 19th-century style’ by Elle Décor; World of Interiors described her textiles as ‘high-end romantic and folkloric’; and Vogue praised her interiors as ‘riotously patterned’. So it is hard to believe that Nathalie Farman-Farma’s taste was originally ‘very disciplined and French’, as she reveals in her new book, Décors Barbares: The Enchanting Interiors of Nathalie Farman-Farma.

Having grown up in France and America, Farman-Farma credits her Iranian husband, Amir, for bringing a ‘whirl of colour’ into her life. In her quest to make their home a mix of eastern and western cultures, Farman-Farma started referencing the colours and patterns in Persian miniature paintings in her interior design. She later discovered textiles like Turkmen rugs, traditional Central Asian folk costumes and the outfits of the Ballets Russes.

Farman-Farma founded her textile design studio Décors Barbares in 2010 to create the fabrics she dreamed about but could not find on the market. The name is, of course, a nod to the Ballets Russes—who were called ‘barbarians’ by 19th-century Parisian polite society and who, for Farman-Farma, represent her desired connection between east and west. Farman-Farma finds inspiration for her fabrics from old art books, ethnographic photographs, tribal jewellery, antiques and her own collection of vintage textiles and costumes. Her Véra pattern, for example, is based on chintz fragments from a Central Asian patchwork, while Bilibine is modelled after a woodblock print by Russian artist Ivan Bilibin. Her designs are then screen printed in a fabric mill in Alsace. It can be more than a year before she decides to take a drawing from paper to production.