Every inch a doyenne

Doris Blau, founder of the New York rug dealership that bears her name, passed away at the beginning of 2020. In COVER 61, Elisabeth Parker remembers a remarkable saleswoman, an informed and opinionated conversationalist, and firm friend to many 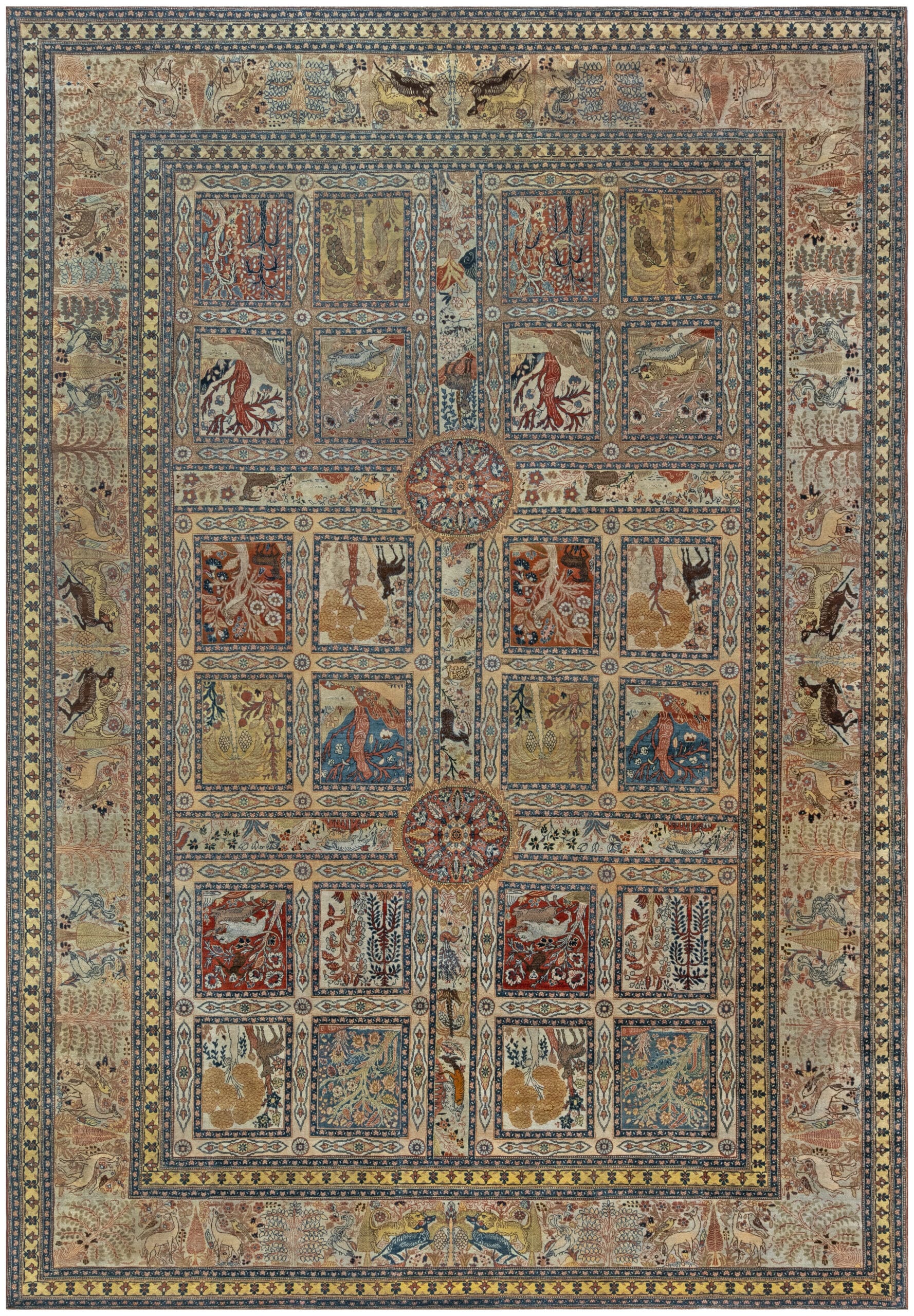 I had the pleasure of meeting Doris Blau shortly after moving to New York City in 1996 to work for Christie’s carpet department. She immediately struck me as someone with strong convictions and beliefs, but also a warm heart. To this new New Yorker, she embodied what I thought a West Side doyenne would be—dazzlingly urbane, a theatre goer, frequently quoting The New York Times and devoted to Democratic and liberal causes.

While I was looking at carpets, Doris, always impeccably dressed, would sit in a beautifully upholstered armchair. Her intense brown eyes behind gold-rimmed glasses would shine and narrow a bit as she would begin, ‘My dear…’ There would then follow advice I needed to hear at that moment, or an explanation as to why that particular carpet was so special.

She had an amazing and exacting eye for the unusual. She loved Bessarabians and anything architectural, but carpets with animals really won her most exuberant praise. Actually she could see the beauty in almost any carpet, even ones that had been cut and reduced. For these she coined the euphemism ‘size adjusted’, a positive spin on something that many see as a negative. Doris saw that they still held their intrinsic beauty, as well as being cost-effective.

Her start in carpets came through her short-lived marriage to the brilliant rug dealer and collector Vojtech Blau. In her divorce settlement she was given ten fabulous carpets, and thus she began her business in 1965, opening a gallery on East 57th Street in 1972. Ever the salesperson, she added the middle name ‘Leslie’ to the business title, figuring it sounded better. She had a keen sense of New Yorkers’ appetite for decorative carpets and considerable business acumen.

Mary Jo Otsea, former head of the carpet department at Sotheby’s New York, describes Doris as ‘the most amazing saleswoman I ever knew’, while observing: ‘She hardly discussed carpets with her clients. She much preferred to engage in wonderful, thoughtful conversations about theatre, books, movies, and politics. She was nothing if not opinionated. Doris was also overwhelmingly generous and fiercely loyal to her employees, colleagues and friends.’

Early in her career Doris spent time in London, where she worked with the firm Y. & B. Bolour. Over time, Yosef and Benjamin Bolour became like family to her. It felt natural then that, in 1998, Y. & B. Bolour bought the Doris Leslie Blau business, with Nader Bolour, the next generation, taking over the helm. She was assured that her reputation and name would continue to be a trusted source in the carpet world. Originally, Doris was going to stay on for only one year, but she remained for four, finding it hard to leave all that she loved so much.

Doris and Nader were a dynamic team and their different strengths played well off of each other. Together they spearheaded several collaborative projects to produce new carpet designs—she loved the process of re-creating carpets using her vast knowledge and exquisite eye.

‘She was not impressed by a client’s wealth nor fame and had no qualms about asking clients to leave her gallery,’ says Nader Bolour. You would certainly never want to be on Doris’s wrong side. Nader remembers when a certain real estate developer, short on taste and long on rudeness, came into her gallery, looked around the space and asked, ‘What’s the cheapest thing here?’ Doris retorted, ‘I’m looking at it.’ She believed in her product and her price and would never compromise her pride or morals just to make a sale.

At the same time, Nader is keen to add, ‘Doris never took herself seriously. That aspect was depicted in her rugs—the more whimsy and fun they contained, the more she would want them to be part of her collection.’ She had a talent for making friends, and most became friends for life. She didn’t have children of her own, but was devoted to countless of her friends’ children. Generous with gifts and advice, she earned the moniker

‘Santa Doris’. She loved her home in Pawling, in Dutchess County, north of New York, and spent most of her free time there with some of her closest friends.

Her longtime lawyer Leonard Baum and his wife Elizabeth have endless stories of her incredible generosity. Leonard regards her as the most charitable person he knew. ‘She was extremely successful financially, but she was also extremely successful at spending money.’ If Doris knew of someone in need, she would be there. Her favorite among the many charities she supported was the Southern Poverty Law Center, which fights hate, teaches tolerance and seeks justice. Her political beliefs were so strong that, towards the end of her life when she was in hospital, she requested that another doctor, a Democrat, should replace the young Republican who had been assigned to her.

After her diagnosis in August of 2019, Doris confided to Elizabeth Baum that she wasn’t frightened of death, and told her, ‘I’ve had a wonderful life.’ When you spent time with Doris you felt engaged because her curiosity was infectious. She would teach you something, not only about carpets, but about life. And in the process, you might get a theatre tip on something you had to see, a philanthropic organisation you must know about, and a ribald story about a well-known New York character. She will be remembered for not only her contributions to the antique carpet market but for her strength of character, sharp wit, and love of beauty, on and off the floor.