Founded by textile designer Oksana Zachkevych, Len is a new flatweave rug company with a mission to revive and interpret traditional Ukrainian hand-weaving as innovative interior textiles and rugs. Headquartered in Lviv, Ukraine, where Zachkevych attended the Lviv Academy of Arts, the company is a family affair.

Zachkevych describes the organic way the company began: ‘One day after dinner, we [her family] decided to start a new phase and create a family textile business. One of the most striking facts is that each of us has an arts education.’ Oksana is a weaver, ‘author of carpets’ (in other words the rug designer), and co-founder of the company. Her husband Oles, also a co-founder, is a weaver who helps develop new collections, while their daughter Ulyana is a product designer and art director of Len.

Len carpets are handwoven using natural plant fibres: cotton, wool, flax. While patterns reflect traditional Ukranian designs they are interpretations, not recreations. Oksana is the ‘author’ and designs each rug to be authentic and unique. She describes Len as ‘an opportunity to touch ancient traditions, and to hear the energy of the author’s hands.’

Six hours’ drive from Len’s headquarters in the city of Lviv is the city of Kyiv where in early 2020 Ukrainian interior designer Alexandrine Lukach, Intemporary Design Studio, transformed a three-bedroom 1936 apartment into ‘Decoding: Modern Eclectic Apartment’—an interiors exhibition that reflects the current Ukrainian trend for blending new and old (including upcycled) objects and case goods to create modern interiors.

The apartment was borrowed for the length of the installation from its art collector owner, and the interior transformed by Lukach into a ‘modern and vibrant’ space Lukach described to ArchiScene as a fluent ‘mix [of] traditions of different epochs and styles.’ Len was invited by Lukach to exhibit their rugs in the apartment along with contemporary interior design objects crafted by forty-two Ukrainian designers and artists whose work interprets and updates historical Ukrainian craft traditions. 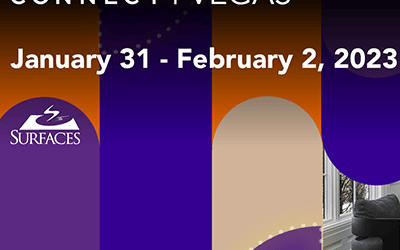