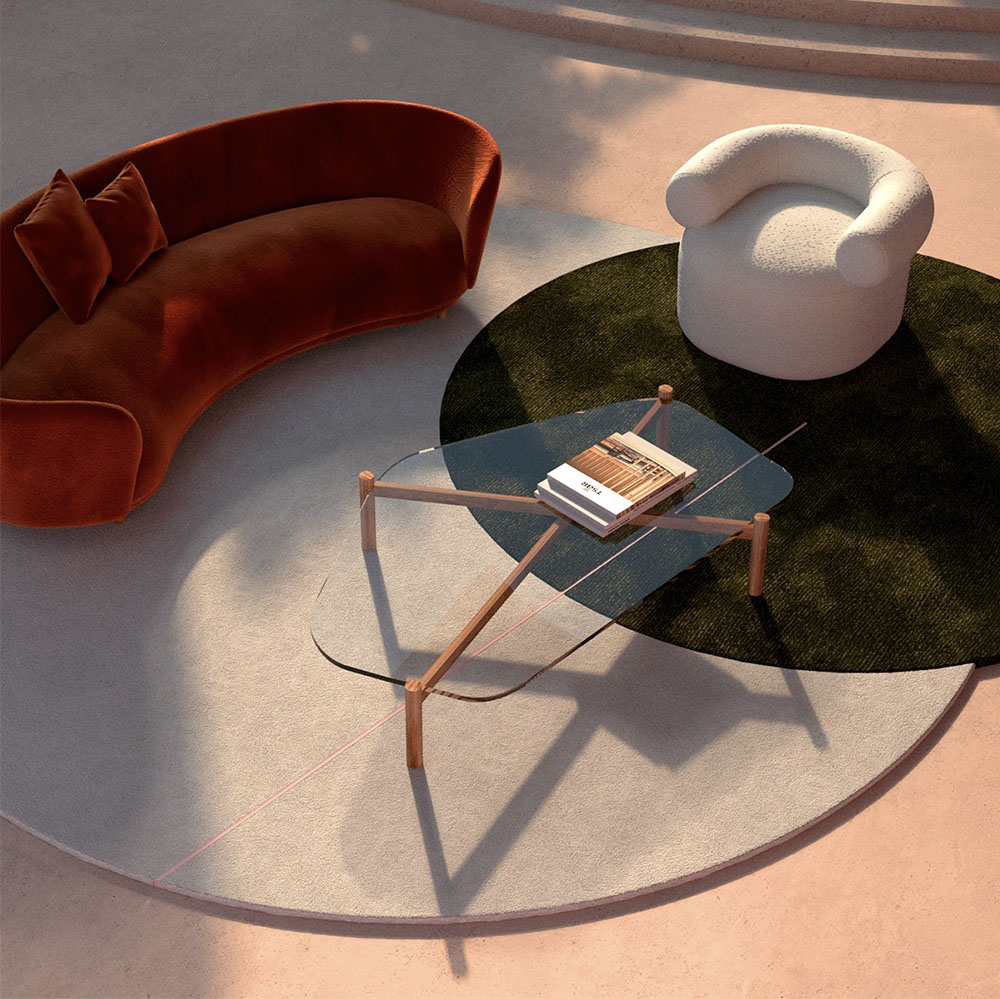 Everyone, it seems, is tapping into tropes that express the Art Deco movement’s distinctive esprit du temps of the 1920s and ’30s. From Adidas’ Art Deco-inspired chevron design for Arsenal football club’s 2020/21 kit, to Tsar Carpets’ new Circ collection of hand-tufted rugs, Art Deco-inspired designs are surging into the marketplace.

Our twenty-first century interest in Art Deco style may be fuelled in part by nostalgia, but the movement’s century of unflagging influence on design is due to the simple fact that Art Deco’s multi-faceted motifs and subgenres offer twenty-first century designers myriad influences, all of which are eternally in style.

The Circ collection is described by Tsar as a ‘playful exploration of fine lines, curves, and layers,’ inspired by Art Deco design and intended to ‘enhance our emotional connection with space’. The collection’s four rugs are simple, soft shapes designed by Tsar’s in-house Senior Designer Teresa Ceberek. Made in China and customisable, the rugs combine Tencel™ (a natural cellulose fibre) and both dyed and undyed sheep wool. Subtle, natural colours coordinate with dyed ‘tranquil’ shades and ‘deep, earthy tones’. The collection references ‘streamlined’ shapes, but Tsar also describes the shapes as ‘neoteny features’—a curious word choice that describes the biological term for animals that don’t outgrow physical features of the juvenile growth phase. Yet we see what Tsar means—the soft rug shapes do subtly convey a sense of childhood comfort.

The ‘rounded terminations,’ circles, and soothing colours are described by Tsar as ‘visually comforting’ features. Several of the rug designs hark to childhood and Tsar’s reference to ’neoteny’. Empire’s central linear shape with rounded terminations looks like the ice lolly stick of childhood. The overlapped circles of Icon might represent childhood wonder at a solar eclipse. Brooks is the sole rectangular rug in the collection. Its pattern features eclipsed versions of the circle and ice lolly stick.

Metro is the collection’s grand statement piece. Its central circle laps over the sides of its linear foundation making it appear like the face of a giant wristwatch atop its long flattened strap. Or for a different interpretation of Metro’s rounded terminations, linear strip, and central circle, consider the Art Deco House of Tomorrow, designed by Norman Bel Geddes in 1931. Prolific and famed for his streamlined industrial and product designs, Bel Geddes’ house featured rounded terminals and a slinky long drive that ended in a circular garage. Bel Geddes’ attention to the shapes that create a ’smooth sailing’ sensation for the homeowner are the same shapes that create a similar sensation for Metro and the Circ collection.

Tsar’s promotional images place their rugs in sleek rooms dressed in shades of millennial pink with plum undertones and fitted with furniture that mirrors the curves and rounded terminations of the rugs. The look is fresh, modern, and playfully subdued. In one image Metro is draped so it unfurls over the shallow steps of an interior landing. The look evokes a vintage promotional image for the SS Normandie, and in keeping with the entire collection, demonstrates versatility and visual comfort allied to Art Deco elegance.