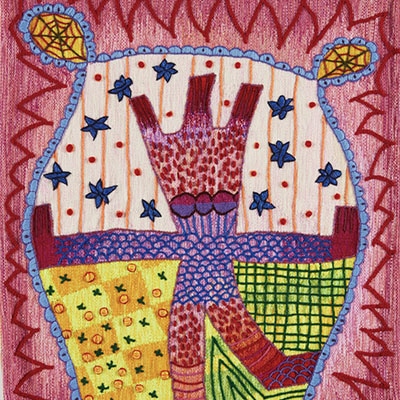 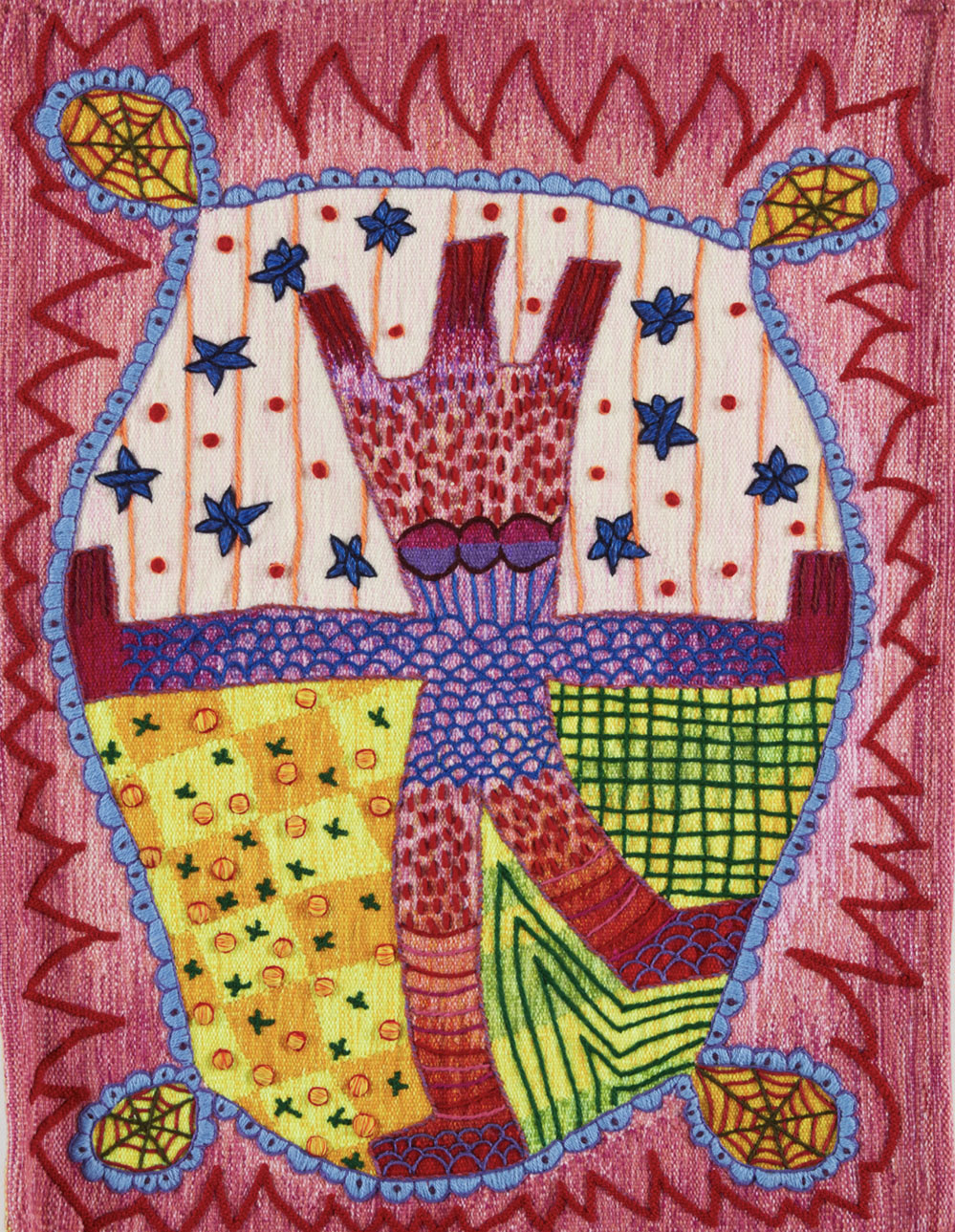 California-born, and based in Brooklyn, New York, artist Tamara Gonzales has expanded her practice from painting to textiles following a period living in the city of Pucallpa, Peru on the western edge of the Amazon rainforest. Her time there was spent with urbanised members of the indigenous Shipibo nation whose mesmeric and timeless woven and embroidered textiles influenced the symbolic and archetypal figurative and decorative abstractions in Gonzales’s new textile-based work. 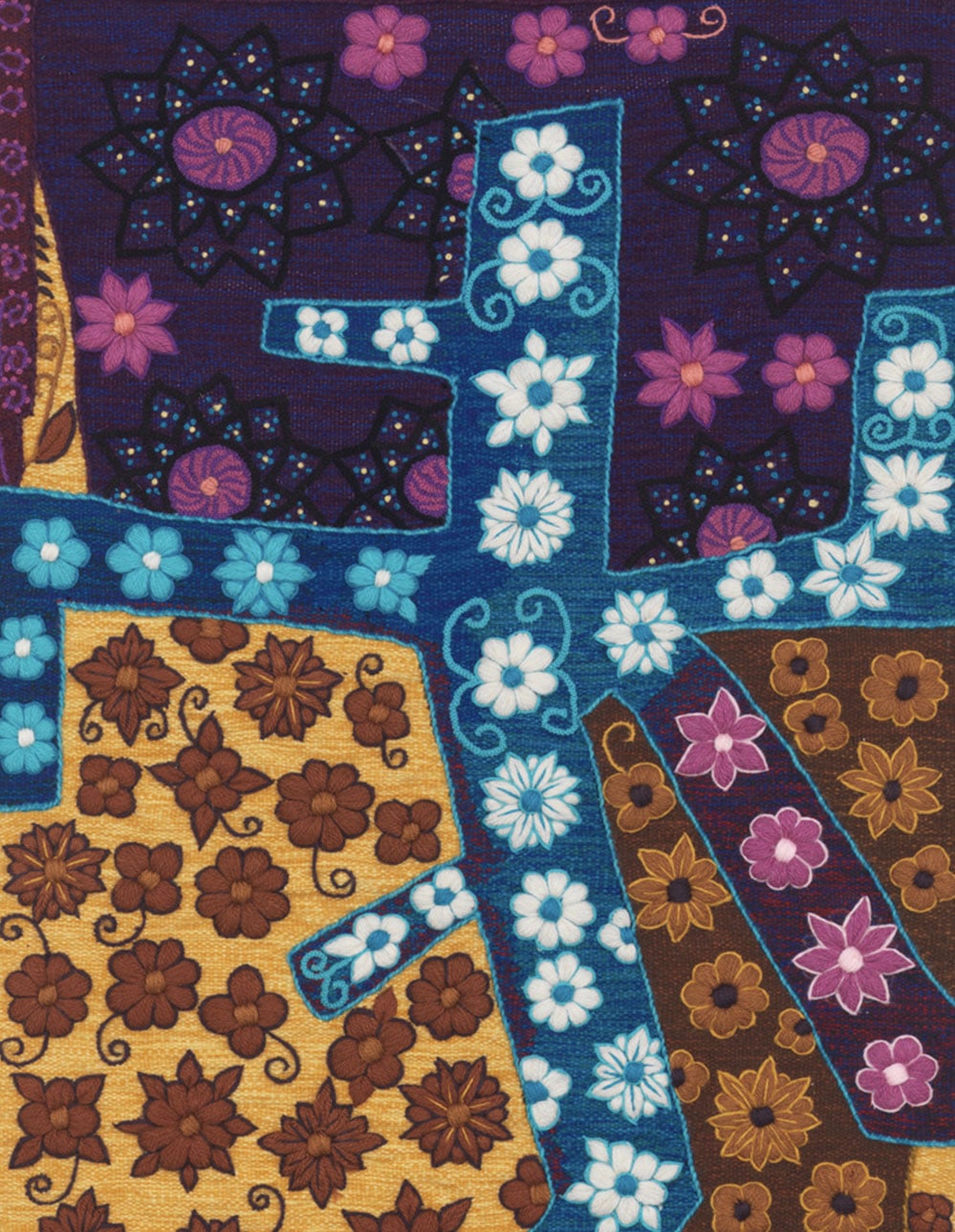 Exhibited at The Armory Show, New York in March 2020, Gonzales’s alpaca and wool tapestries reference Shipibo patterns inspired by their ‘Icaros’ healing songs. These geometric patterns focus on repetitions of simple-sided quadrilaterals—square, rhombus, octagon—and a four-armed cross that represents the four stars of the Southern Cross constellation. Gonzales expands on these motifs and augments them with her own visual vocabulary including what many might see as references to the animated alphanumeric graffiti tags that legged it across the sides of New York City subway cars in the 1980s. These combined motifs are embroidered and transmuted with colour and pattern to become evocations of contemporary ‘textile bricolage’. 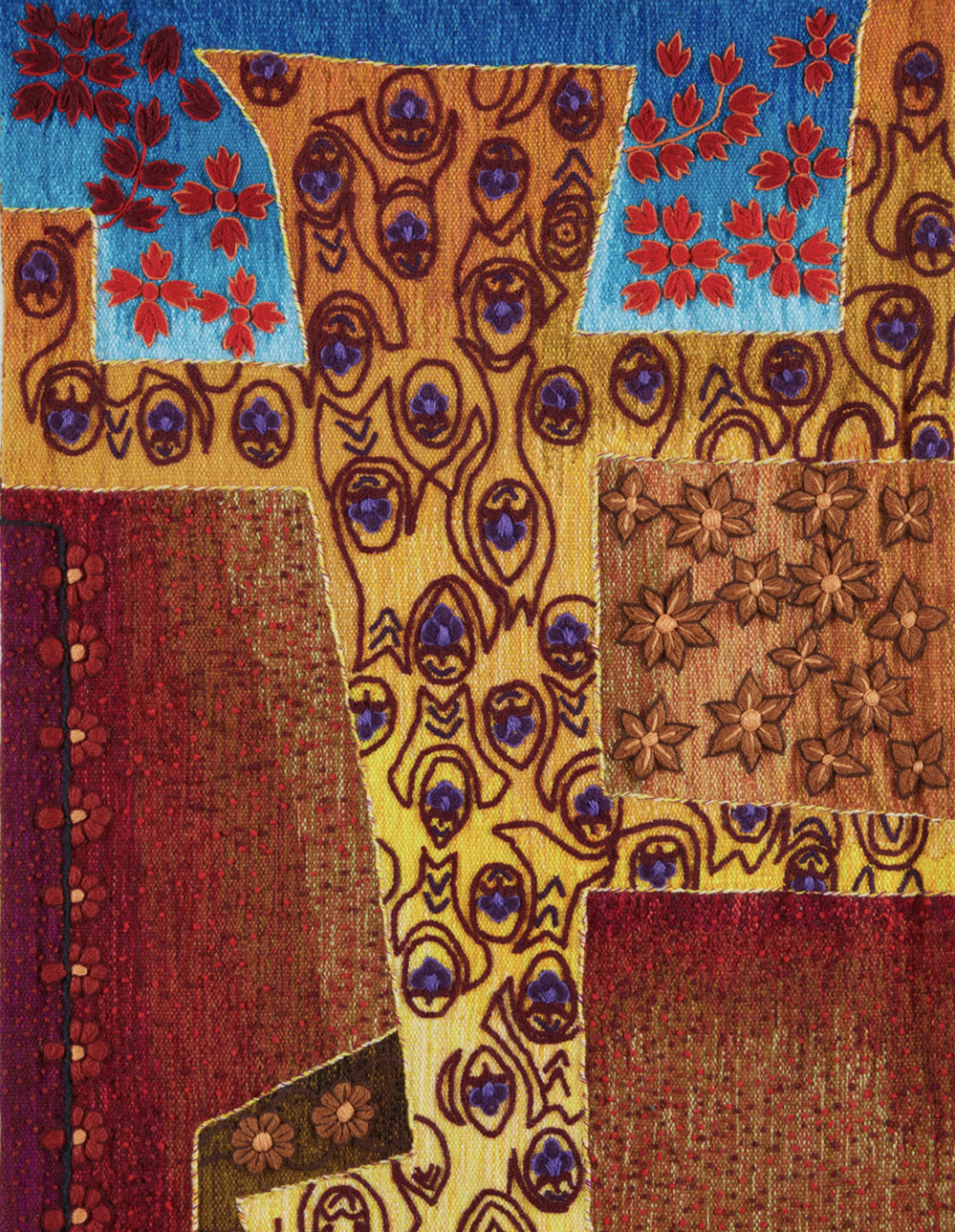 Gonzales’s tapestries are dominated by central angled crosses with rectangular or fork-like heads and lanky squared-off arms and legs. Embroidered flowers and satin stitch roundels function like eyes, ears, and floral tattoos, while in others fish scale repeats become body armour. Brocade-like passages resemble ‘found’ remnants of wallpaper or scraps of block-printed chintz from India and mimic Gonzales’s paintings where she uses lace as a stencil for spray paint. 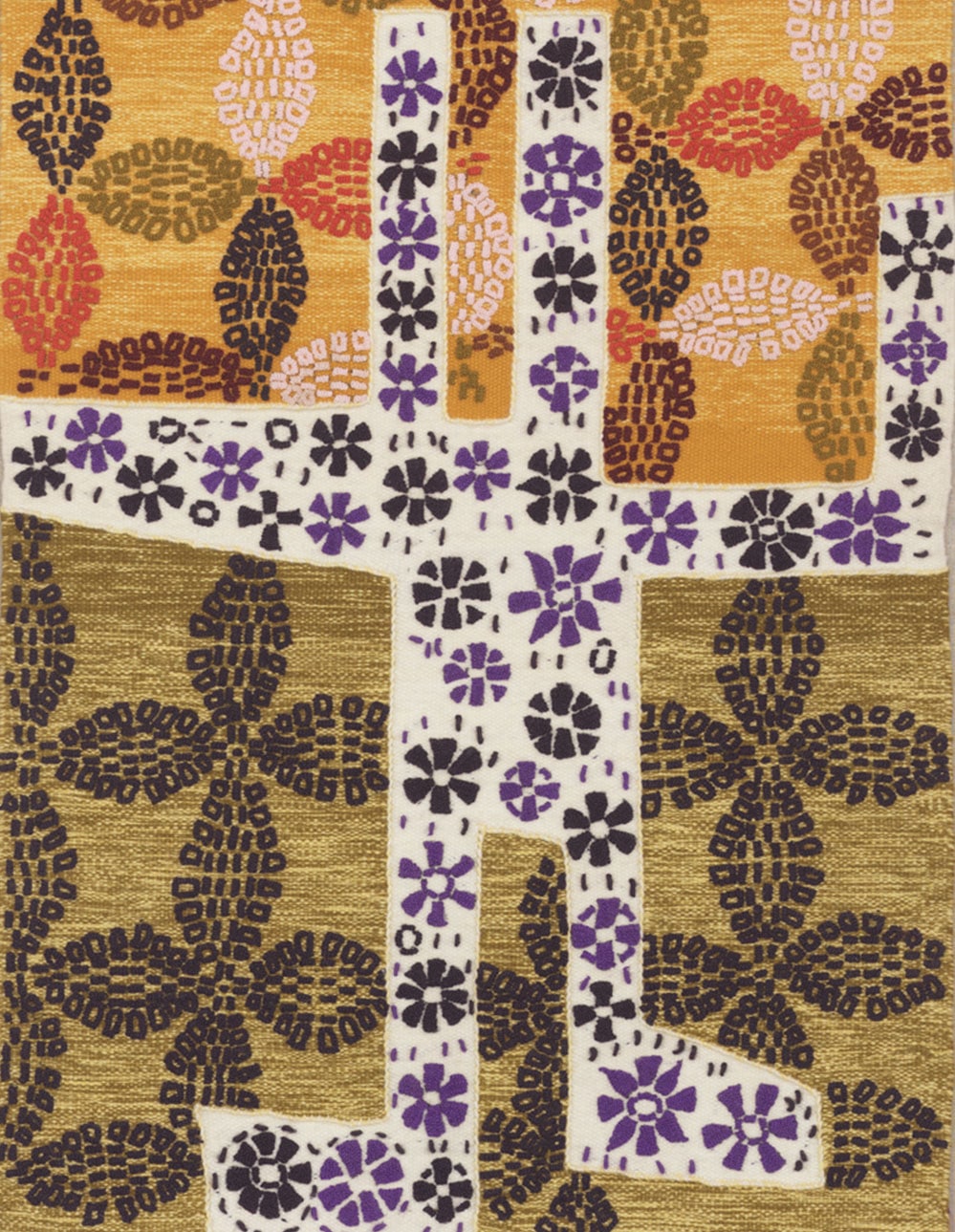 Gonzales’s paintings and tapestries are contained within the frame of the support, but also by frames within the frame. Often these are rope-like lassos that loop in each corner. Her new figures stretch from side-to-side like the Biblical Samson whose outstretched arms broke the temple’s columns. Like Samson, Gonzales’s figures sometimes burst through these internal frames and reach the edges of the tapestry. Their release echoes the methodology of stage and screen actors who speak directly to the audience in order to break the ‘fourth wall’. Few who look at Gonzales’s joyful mute figures will fail to hear her voice as she speaks directly to her audience.