Founder and head of US brand Tufenkian, James was instrumental in changing the rug industry in the 1980s 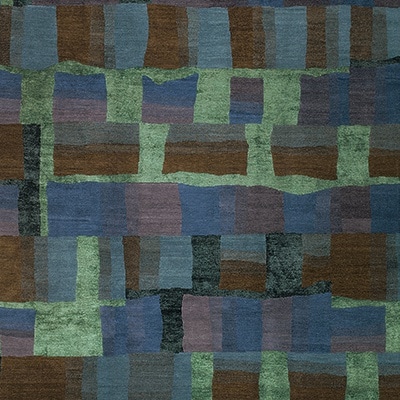 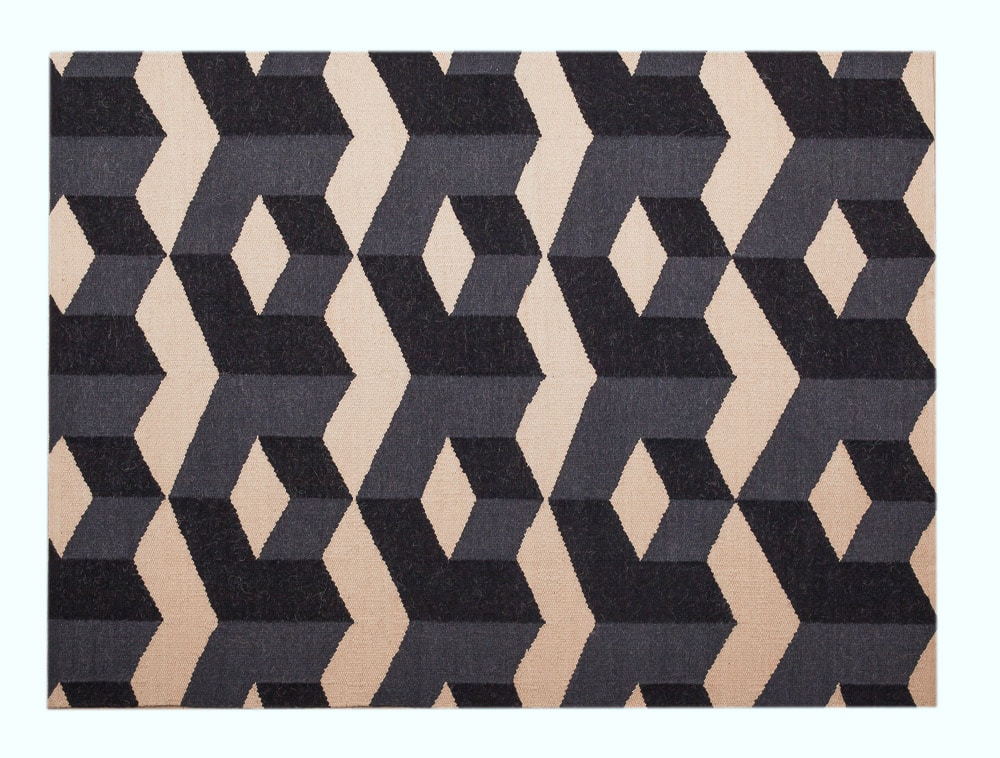 Founder and head of US brand Tufenkian, James was instrumental in changing the rug industry in the 1980s. From the start, Tufenkian provided artisans in Nepal and Armenia, with work related to all steps of the rug making process. Over thirty years later, Tufenkian Artisan Carpets offers hundreds of styles, designer collaborations and a customisation programme. In this exclusive interview with COVER James talks about his past, design inspiration and many more.

When you first began designing rugs, what aesthetic was important?

I started this company targeting to design and produce rugs for the high-end designer market. At that time there was literally no wholesaler with that market focus. Companies like Stark who sold to the trade had been developing collections in-house and outsourced for this market, but nobody was doing it for the wholesale market. At the time there were rising up all over North America companies like Floordesigns in San Francisco and CPA in Denver who were trade focused but had little in handmade to sell. Our goal was to fill that void and help them bring to the design trade in their markets great handmade rugs.

I founded the company on several pillars, which to a great extent determined the aesthetic and design direction. One was to make really unusual things, both in construction and in design and colour. So I settled on Tibetan production which was new and fresh in the USA, and which in our constructions featured massive abrash that nobody previously had the nerve to show and promote. Designers went nuts over it. The second was to stock them and to focus on availability in big sizes. So we became a company selling stocked and programmed rugs. Nobody then and almost nobody now stocks high-end rugs for the design trade and that is one of our enduring hallmarks. The third was to draw design inspiration from far and wide, not in any way restricting it to traditional rugs. So we started referring to Tibetan textiles and garments, Chinese latticework, elements from ancient ceramics, and more.

How did this compare to other rugs on the market?

At the time there were basically Persian rugs, made in any colour you wanted as long as it was red and blue, and with designs of each village or tribe the same as what they had always made. Of course, there was no sense whatsoever of designing for the market, let alone for the high-end design market. Putting aside the Pakistan bokharas of the time, which were hugely popular at the retail level, the remaining hot products for the trade were dhurries and machine-made rugs. All of them shared a very rigid aesthetic, being made with machine-spun yarns and striving for mechanical perfection, whether or not the weaving was done by hand or machine. We shook things up by bringing our Tibetans in coarser constructions where the hand-carded and handspun yarns created amazing texture, which paired with the highly abrashed dyeing were just creations from another world. It was a world that really caught on as you can see everywhere now in the rug world. 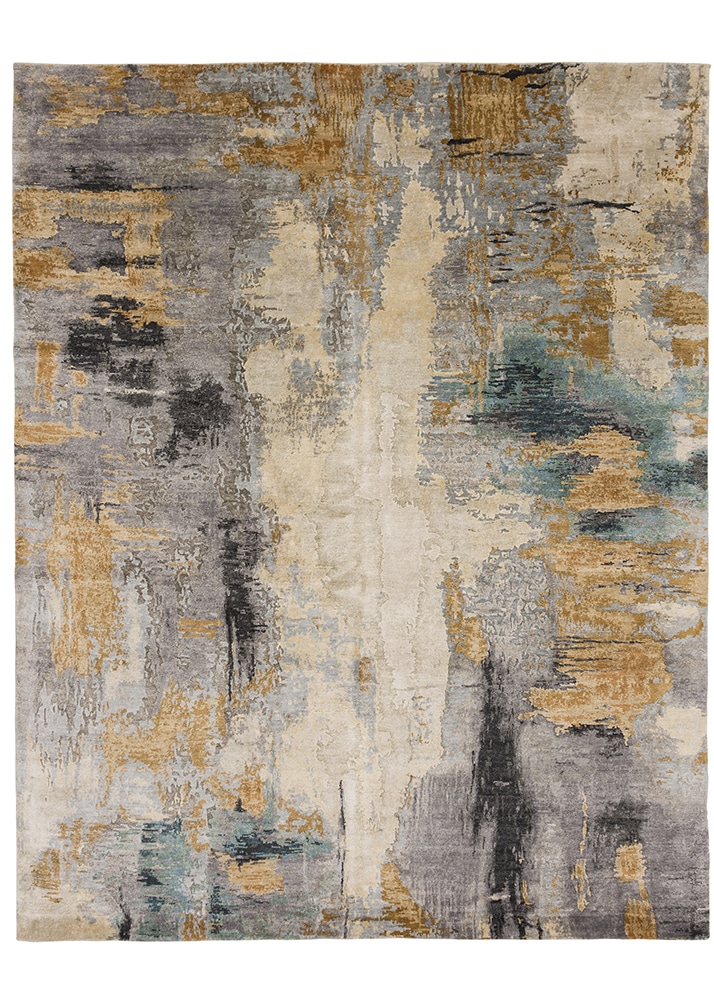 How did it feel to be working on something new?

I didn’t come from a rug background, but I craved adventure. Going to faraway Nepal, partnering with Tibetan refugees at a time when the air was permeated with the taste and texture of that isolated and romantic land was just what I had dreamed of my whole life. That I could pair that with making great products of enduring value satisfied my heart and my brain. It was just amazing for a young guy starting out in business.

How did the public respond to your early designs?

At first, I listened to a lot of Persian rug dealers advising me that nobody was going to buy rugs with abrash and that it was ridiculous for me to be trying to sell rugs with so few knots by comparison with Persian rugs for a similar price. But of course, the ones targeting the trade got it immediately. The combination of the aesthetic paired with programmed stock and a liberal exchange policy was a winner. Eventually, the idea of hand-carding and hand-spinning, and creating rugs with character and personality rather than with a lot of knots, proved itself and the doubters slowly came our way. I remember at the time the country was in some kind of recession and I felt that the only way we were going to sell anything was if it was so great and exciting that it literally reached into the customer’s pocket and pulled out the money. One day a dealer in Philadelphia called and said he had put a new Tufenkian arrival in his window, and an hour later a passing designer stopped her car, ran in and bought the rug in minutes. That was my dream come true. 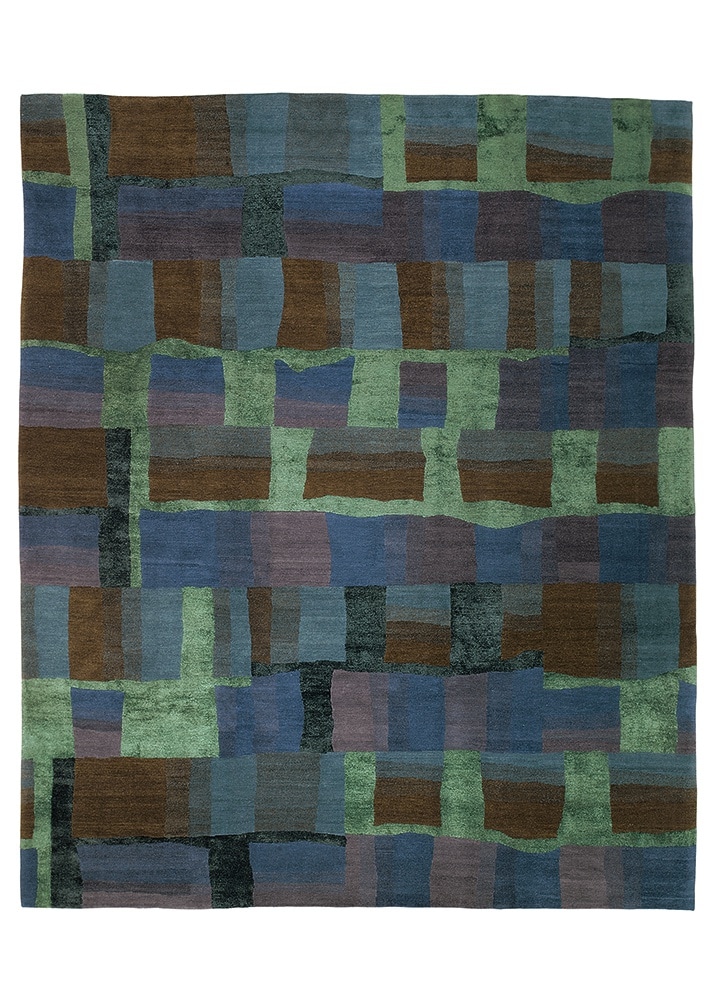 How did you develop Tufenkian’s design aesthetic?

Of course, in the end, the market drives it. I was not in the business for self-expression, unlike many others I read about in the industry today. I wanted to satisfy the needs of the design community and to be the leader in that niche and to build a great business on it. Of course designers constantly crave what is new. I remember years ago our best-selling Designers Reserve Rag Weave rug had sold an unimaginable number of units in the USA and the dealers were complaining that while it was still popular, a designer could only use it in so many jobs before she began to feel uncomfortable. So the constant drive to create.

The flip side was internal. I definitely get sick of design and colour before the market does. So I have to create new things. I think I know construction and production very well, and the most fun thing for me is to use that knowledge together with that of my production partners to develop new base constructions. Once done the constructions themselves call out for design in a particular direction and I am only too happy to heed the call.

In your eyes how has the rug market changed since you started designing rugs?

In the USA handmade rugs were just in the early years of making a comeback in design for the home after they had completely died in the late 1930s. Machine-made had taken over and rugs were out. Then in the 70s, they started coming back, driven by antiques and of course Persian rugs. In the intervening years since we, and then others, began designing for the market, the usefulness and attractiveness of rugs in the home were once again appreciated. Once again they became an aspirational item, the floorcovering that everyone with the money would turn to. New products came into the market, expanding the range to not only knotted, but flatwoven, tufted, and various machine-made qualities. At the same time machines got much better at replicating the visual virtues of the best products and mimicking handmade processes so that these cheaper products became more and more attractive and sophisticated.

However, I think the biggest change, which has driven most of what else I mention, has been in the use of computers in design, and the internet in broadcasting new products to a larger market. We used to carefully work over the design graphs before sampling knot by knot, pick colours from poms without really trying to paint them out, and then do our testing by weaving an 8 x 10 over a period of months. Then we’d find a colour was wrong, and wait another five months to revise it. Now I can do good representations of a rug on my computer, and work through hundreds of iterations in hours. Whole collections can emerge with amazing speed, and be revised, vetted, and truly ready for weaving when we place a sample order. At the same time, the computer has provided entry into the market for just about any designer who can hook up with some factory overseas and offer custom rugs based on their cads shown online. Way different from the investment in stock I made from day one in the business. Consequently, there is an explosion of creativity and experimentation that are driving the business forward.

How important is being original to you?

I learned a long time ago that it didn’t pay to try to be original. I feel like too many great designers go off the tracks trying too hard and in the end, while they may prove that they can be truly original, the result fails in the market and does not stand any kind of test of time. I have always tried to satisfy my own urge to move on in terms of design and colour and to make things that look and feel fresh to me. And I try to make everything we do ‘beautiful’. I saw an interview with a top Italian fashion designer where he was proud to say that his aesthetic required an injection of some ‘ugly’ in everything he made. I think that while that is a great way to get press and attention, it is not necessarily the way to create great products that resonate with the market. 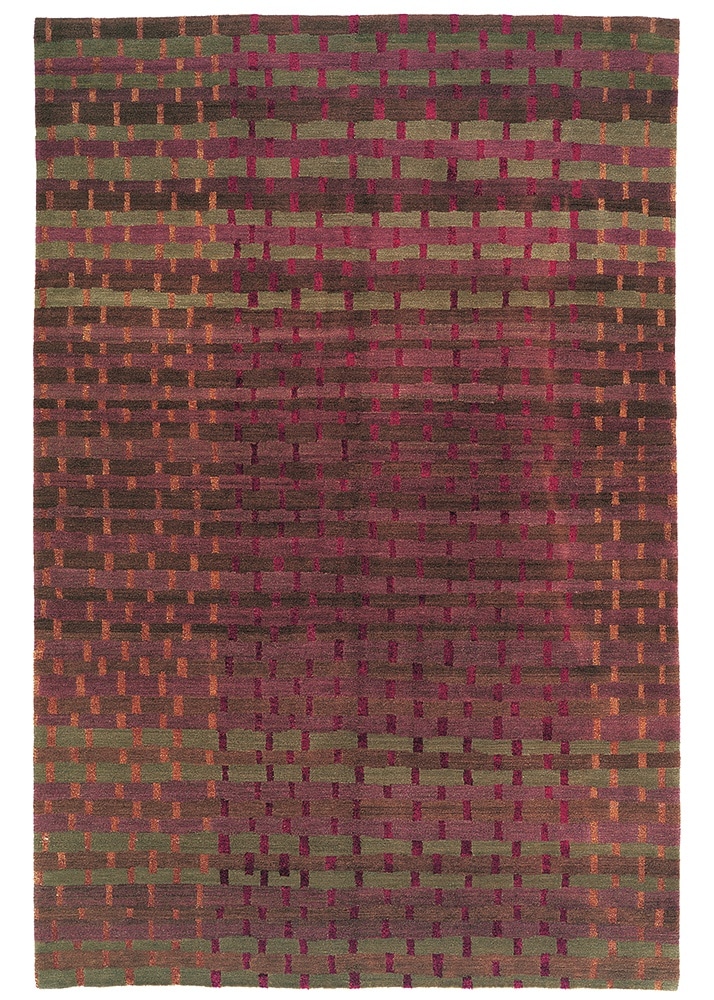 Is there a rug design by another company that you secretly covet?

Well, I try not to covet things, but I do have those moments when I see a rug and say to myself, ‘Darn, wish I’d thought of that.’ That is the expression of my highest admiration. For me, the greatest thing of the past few years was the erased look as introduced by Jan Kath. I was blown away when I first saw what he was doing to traditional rug designs. Thirty years ago some of our most memorable collections were drawn from traditional rugs and followed a new aesthetic we developed, taking the elements from traditional Persian rugs, extracting them, enlarging them and re-arranging them into a result that was recognisably traditional, but distinctly modern at the same time. I looked at Jan’s collection and thought how I had moved away from this and jumped with both feet into the world of modern design and wondered how I had forgotten what a rich field ancient rug designs provide for modern interpretation. Darn, wish I’d thought of that.

How do you see handmade rug design developing?

With computers, there is a very great chance that digital design will take it in directions that have less to do with rug craft and tradition, and more to do with the capabilities offered within the programs we all work on.