Hypnopompic tapestries by Kustaa Saksi at the TextielMuseum 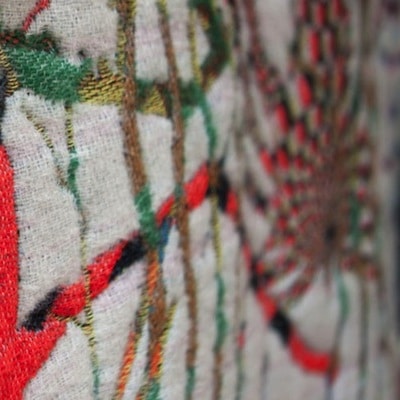 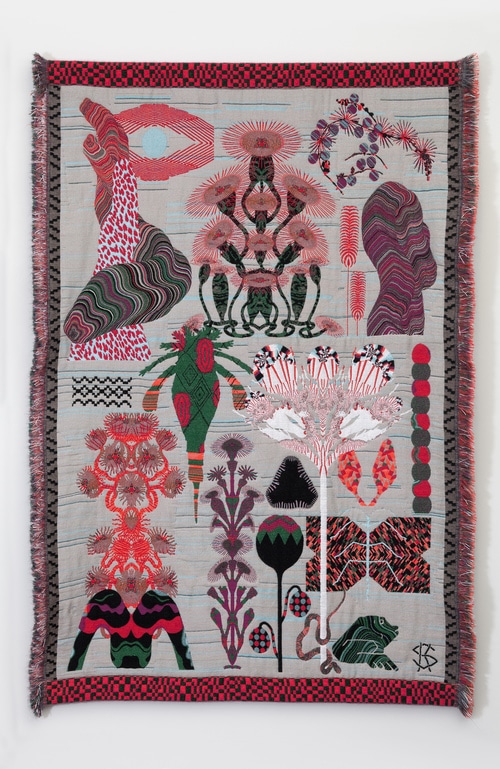 A collection of jacquard woven tapestries entitled Hypnopompic by Finnish designer Kustaa Saksi is currently on display at the TextielMuseum Tilburg until 2 November 2014. Developed and produced in the museum’s own TextielLab, the collection of eight limited edition weavings, which featured in issue 33 of COVER magazine, are about what Saksi refers to as ‘a state of sensory confusion leading out of sleep, when the state of awakening gets mixed with the dream world into a surreal reality’, which in its acute form is medically referred to as ‘hypnopompic hallucinations’. 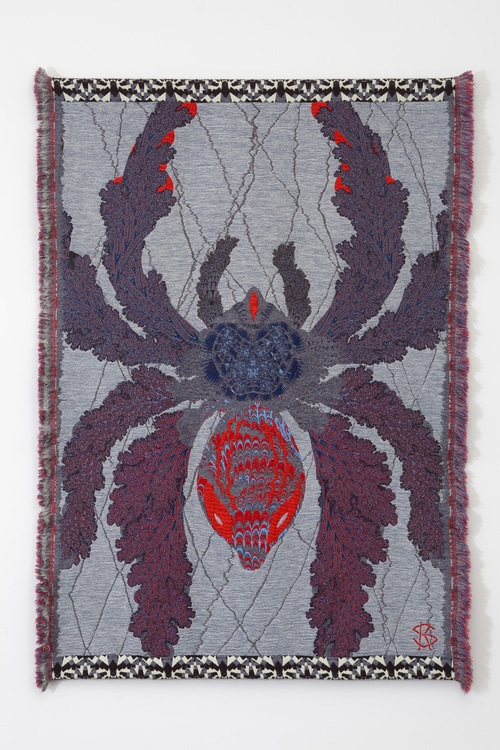 Saksi’s designs lend themselves perfectly to the term ‘psychedelic’ in their use of abstract imagery and colouration: voluminous mists of colour and tone mix with strange organic shapes resembling irregular forms of sea life, alongside unsettling animals such as twisting snakes, giant thick-legged spiders, spindly insect-like beings and psychedelic monkeys in a dense, suffocating forest of zingy pattern. On another level these surreal landscapes also refer to optical art, as Saksi explains: ‘The vivid textures and colours create new, radiant, psychedelic worlds.’ 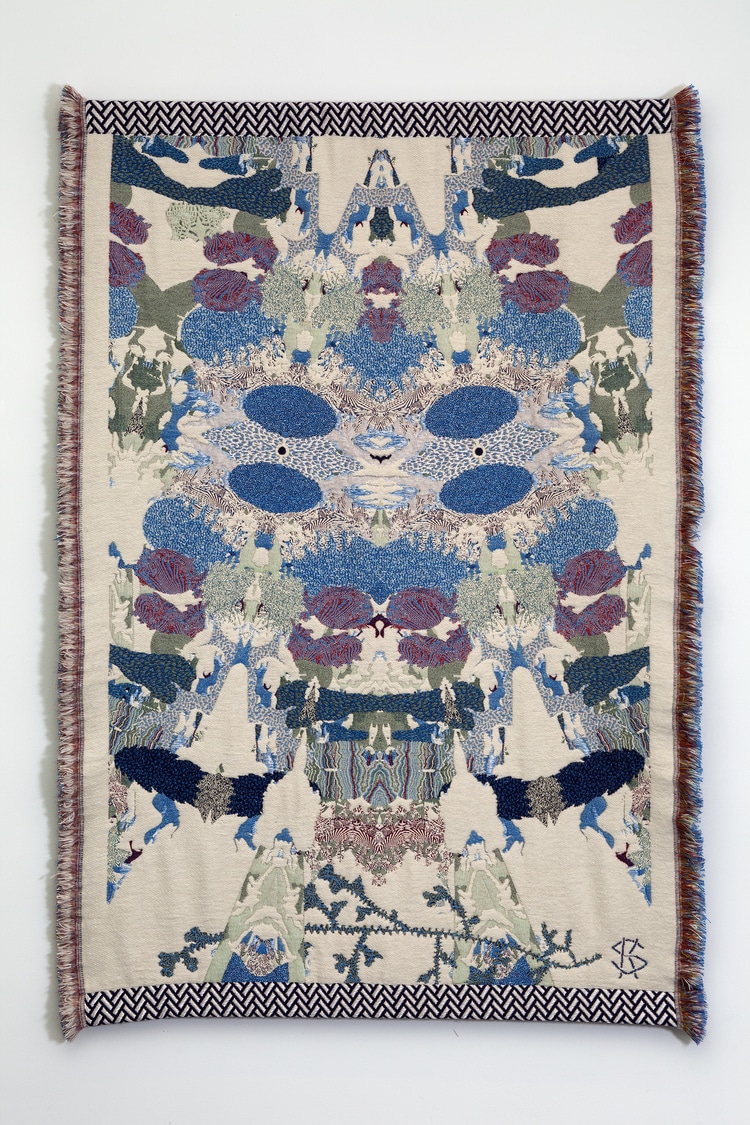 In a way, these rugs are fairytales for adults, inspired by a member of Saksi’s family who suffers from hypnopompic hallucinations. Through his medical research he has managed to link this state with a view of the history of art and design. ‘I refer to scientific studies of the subject in my search for inspiration,’ he says. ‘The hypnopompic state has also been affiliated with visual delusions caused by migraine. These graphic patterns, designs and textures are thought to have contributed to the traditions of ornamentation, mosaic and textile.’ 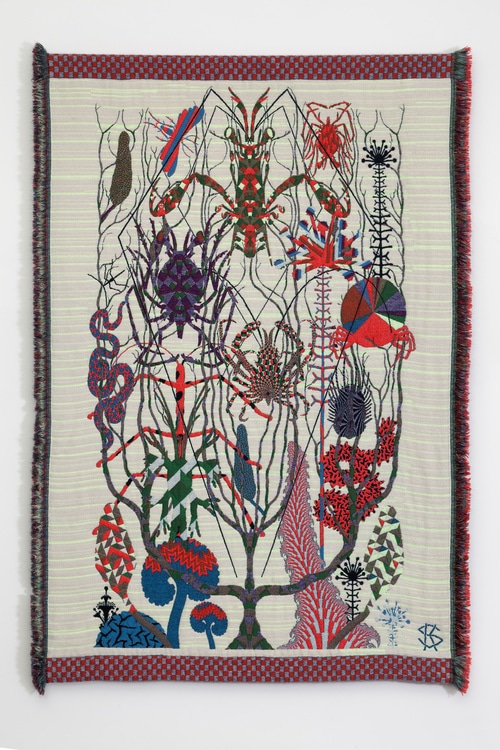