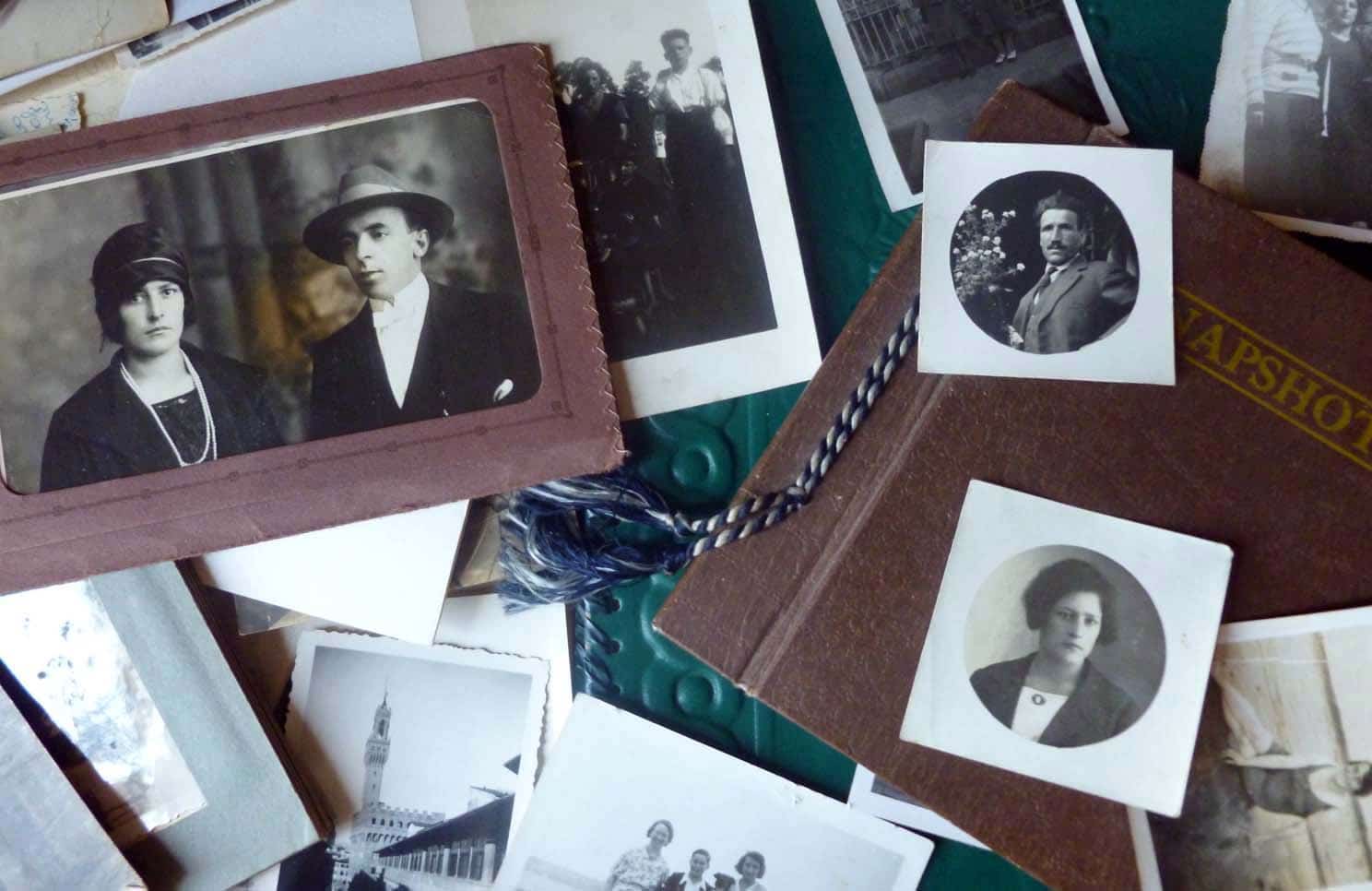 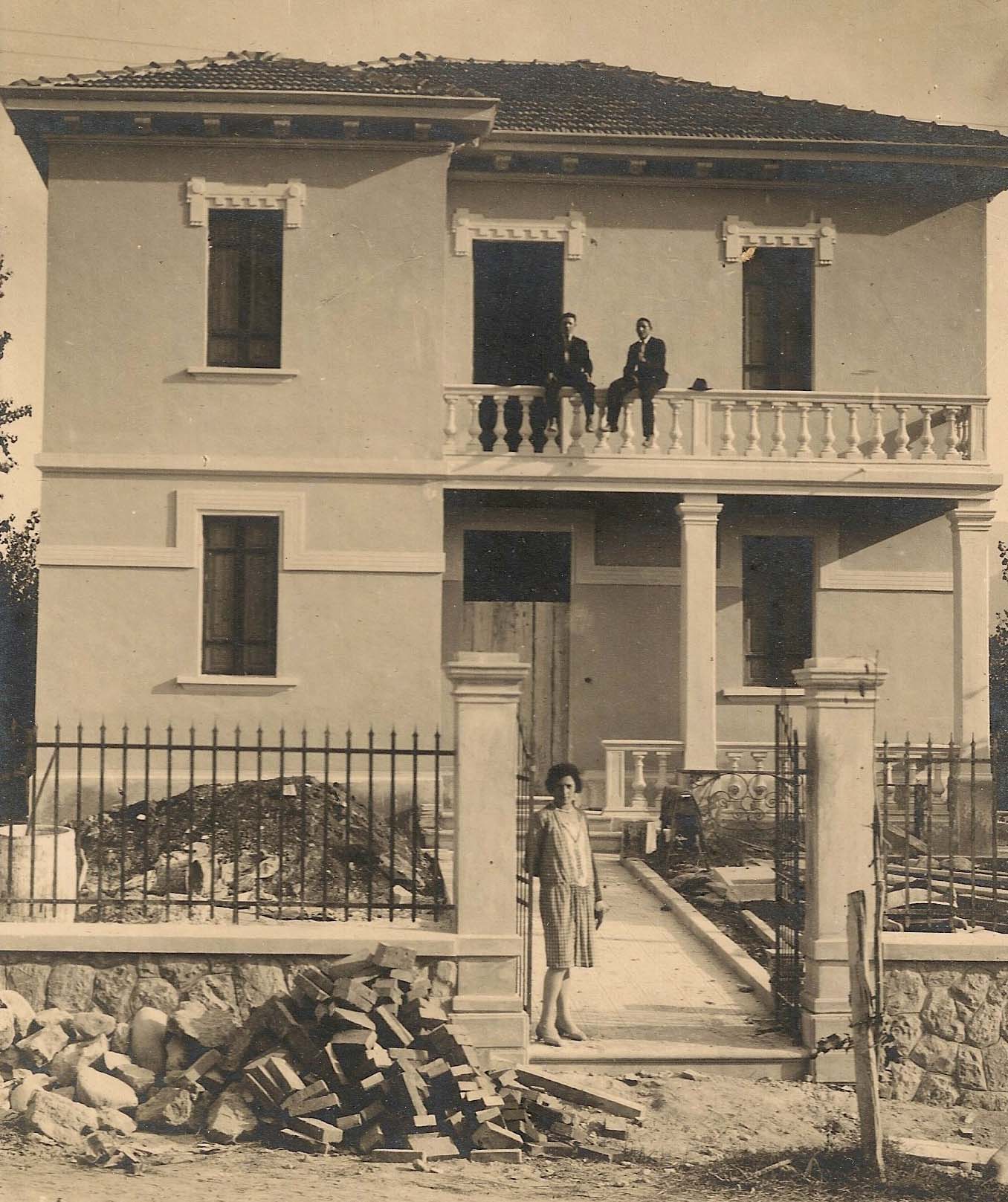 Palmira Bertoncini is one of Lindsay Alker’s design muses. Aunt Palmira built her villa near Lucca in Tuscany in the first quarter of the 20th century. In a late 1920s family photograph, she stands next to her front gate dressed in the fashionable “flapper” style, with her unfinished villa – an elegant regional version of the then new Italian Rationalist style. The villa’s spare lines are enriched with elements of Italian classicism translated into  20th century moderne style: geometric shouldered architraves festoon the first floor windows, and the long classical corbelled cornice enlivens the underside of the roof line. This mix of traditional with contemporary is the ethos of Lindsay Alker, who adopts the handcrafted methods championed by 19th century English designer William Morris, but ensures contemporaneity by re-inventing traditional motifs mixed with fresh colourways.

The signature print in Alker’s second collection is “Carlo” – a hand blocked “natura morte” of bowls of fruit, wine bottles, jugs, glasses and vases inspired by paintings by Alker’s father-in-law Carlo Rossi (1921-2010), who studied at The Glasgow School of Art in the 1930s. “Carlo” is released in tandem with “Palmira” – a geometric classical ribbon repeat inspired by terrazzo tiles in Aunt Palmira’s villa.

“It’s a slow collection,” Alker explains, meaning she hews to the credo of an increasing number of contemporary artisan makers whose hand-made methods require time. Alker’s printing technique is one of the oldest known methods of printing on fabric. Lino block designs are coated with dye and the design transferred by hand onto the fabric. Although a “simple” technique, it requires skill and patience to create a pleasingly intentional surface that retains the texture of the lino block. “Slow design” also means designers do not need, nor want, to satisfy artificially escalated design cycles. Alker is creating a sense of delicious deferred pleasure by phasing the launch of her collection. “Carlo” and “Palmira” launch at Decorex, “Attilio” – the partner print to “Palmira” – will be released in the New Year, and the rest released throughout 2014.

Aunt Palmira’s villa is still owned by Alker’s extended family. While no longer the fresh facade seen in the 1920s photograph, the villa is filled with memorabilia, terrazzo tiles, glass doors etched with heraldic-like “B” for Bertoncini, marble staircases, and drawers jam packed with photos, cigarettes, matches and luggage tags which log the Scottish branch of the family’s annual trip to Italy.

Ideas are important, technique is required, and good design imperative, but a superlative design marries these with a unique narrative, a personal story. Visit Lindsay Alker’s stand E14 at Decorex 2013 to discover a unique family story expressed in Alker’s designs, and to take home a textile reminder of Aunt Palmira’s bellissimo style. 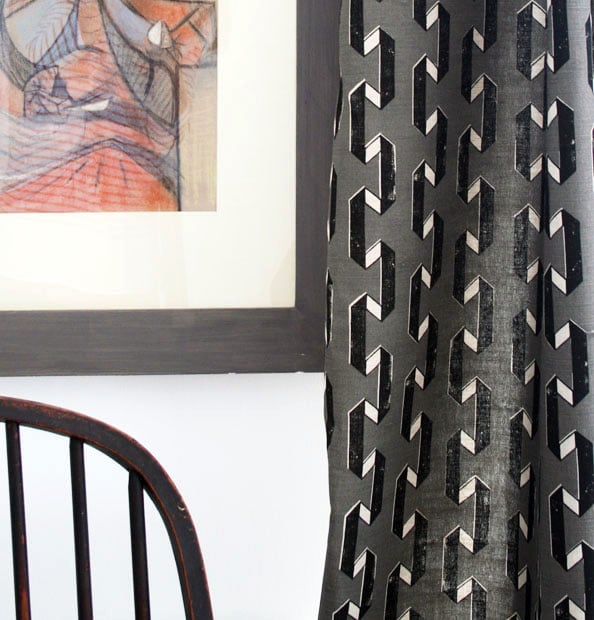 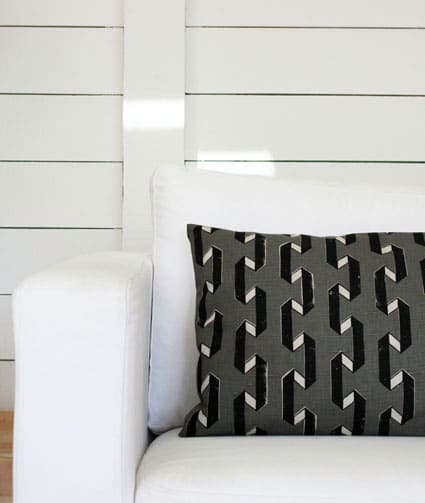 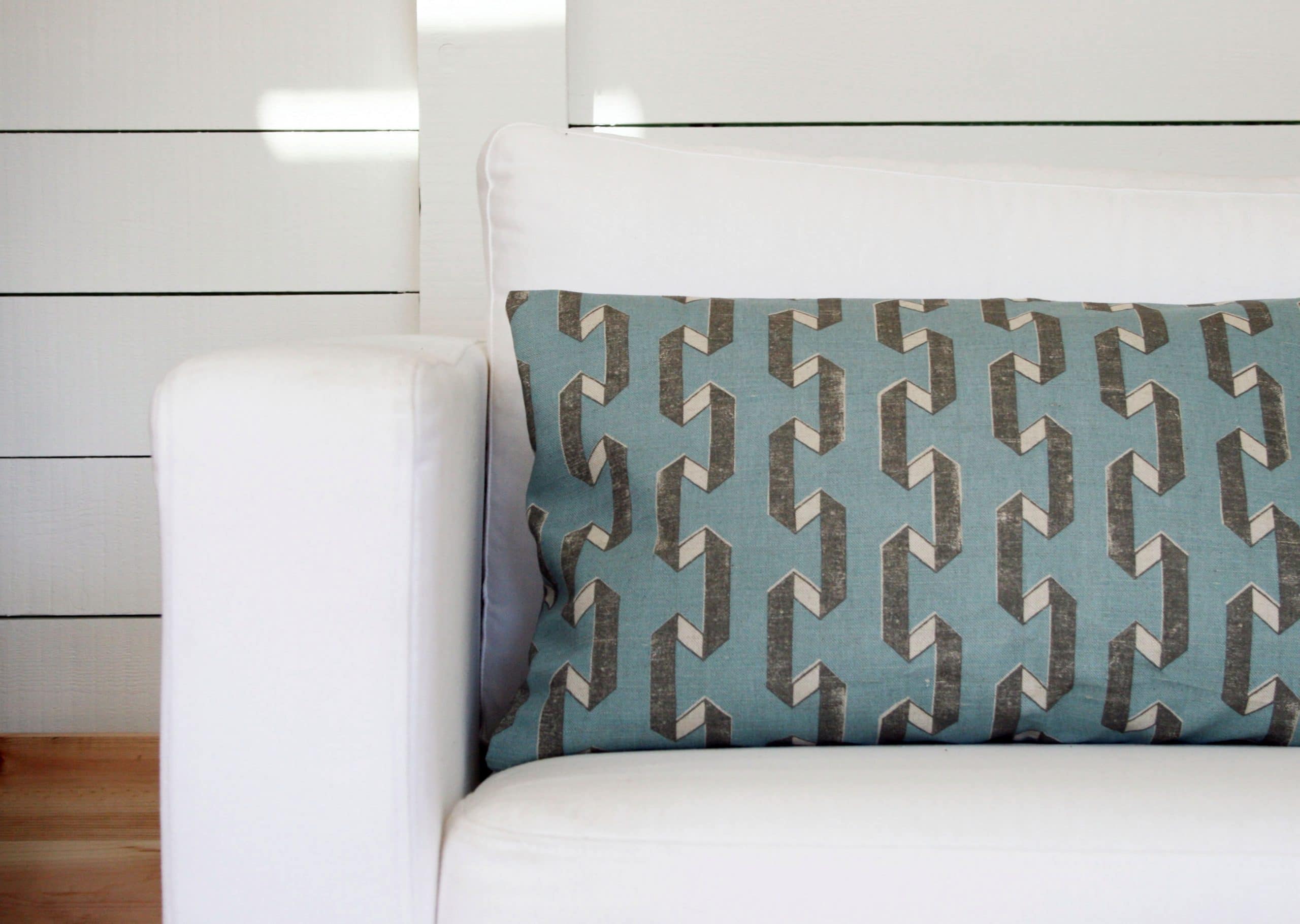