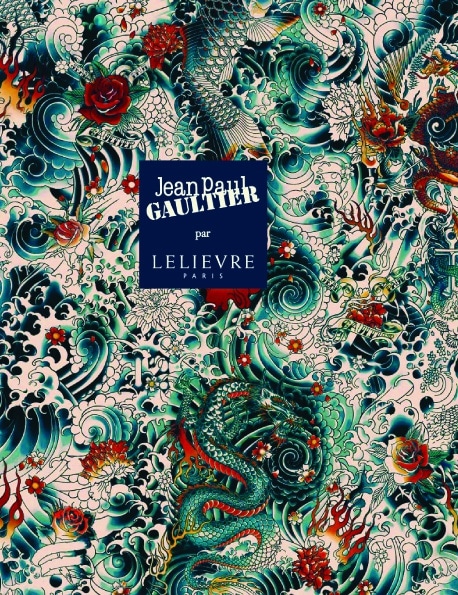 Gaultier’s collaboration follows a successful Lelièvre maison line with fashion designer Sonia Rykiel. Our hunt for clues revealed only a company brochure with the above image. But the iconography gives us an idea what to expect.

Think Gaultier’s signature sailor-in-a-1930s-Shanghai-tattoo-parlour look meets Imperial Chinese dragon. Women’s Wear Daily reported Gaultier made his first trip to Beijing in May 2012 to present his autumn/winter couture collection, so unless he and Lelievre are design’s equivalent of Usain Bolt, Gaultier designed his maison line before visiting China. But since 2012 is the Chinese Year of the Dragon, perhaps his imagery was a fait accompli. Either way we say c’est ZOOM Gaultier! DJ